What Facebook's Atlas Means for Brands and Agencies

Ad Serving and Tracking Technology Solves Two Big Problems for Marketers
READ THIS NEXT
You Can't Stop Instagram Bots by Looking. Brands Have to Stop Buying Them

When Facebook acquired Atlas from Microsoft for nearly $100 million in 2013, it was a head-scratcher for many industry observers. After all, what strategic value would a legacy ad server have for the world's largest social network? Last week we learned the answer to that question when Facebook unveiled its Atlas relaunch.

Originally acquired by Microsoft as part of its $6.3 billion deal for aQuantive in 2007, Atlas served principally as an alternative to Google's DART tracking system. Atlas was foremost about measurement, and it was used by advertisers and agencies for tracking display ad efficacy.

So what does Facebook intend to use it for now, and what does its relaunch mean? First, it's important to understand that Atlas' tracking and measurement DNA is what initially made it so appealing to Mr. Zuckerberg. Starting with Atlas' DNA and then rewriting it from the ground up allows Facebook to use Atlas as part of its push to measure cross-device and cross-platform and to leverage display targeting capabilities powered by Facebook ID.

This is a big move for Facebook, and it has more significant implications for brands and agencies than anyone could have predicted 18 months ago. Atlas opens up two new and extremely powerful capabilities for brands and agencies: It lets them measure ad campaigns across screens by solving the cookie problem; and it lets them target real people across mobile and the web.

Here's how brands and agencies can use Facebook and Atlas to conquer a changing digital advertising ecosystem:

First and foremost, Facebook, like most marketers, understands that cookies aren't working. On average, cookies have a 59% tracking success rate, and they overstate frequency by 41%, according to executives on an Atlas launch panel at Advertising Week last week. What's worse, as the internet shifts to mobile, cookies fail to connect users across devices and do nothing to solve the challenge of mobile conversion tracking.

According to Erik Johnson, managing director of Atlas, 41% of all purchases start on one device and move to another (typically moving smaller to larger -- phone to tablet or laptop). Today, advertisers typically lose the thread on this device sequence chain when measuring media ROI. The new Atlas will go a long way towards fixing this with new cross-device reporting capabilities.

How does Atlas fix the cookie problem? It uses Facebook's persistent ID rather than a cookie, allowing Atlas to measure user activity on mobile and desktop, including mobile conversion and desktop conversion tracking. Atlas also enables media mix modeling, helping advertisers understand how to allocate their budgets across devices. This may have the most impact we've seen in years for solving cross-device reporting and cross-channel issues, dramatically opening up the mobile market.

Targeting real people vs. phantom people on the web and mobile

While the tracking is fantastic, Facebook's ability to target real people across devices is even more powerful. This opens up a tremendous opportunity for brands and their agencies. Facebook's Audience Network already enables advertisers to find appropriate audiences on a whole new set of inventory by using signals such as demographic, psychographic and behavioral data. Now, Atlas gives advertisers access to Facebook's targeting precision across the entire web, wherever consumers access it.

Consider this use case: Marketers could leverage Facebook targeting to reach a consumer on ESPN.com, and then use Facebook's Audience Network to reach that same consumer on ESPN's SportsCenter app. This is incredibly powerful, and it's a real shot across the bow at Google and every other vendor still trying to break mobile and desktop targeting out of separate silos.

Facebook is pushing beyond the restrictive label of "social" and rewriting the rules of the game in digital marketing along the way. The new Atlas capabilities are a substantial step in this direction. If nothing else, it highlights that social is not just a channel. Rather, social is a fundamentally different way to understand and execute digital marketing. It is far more about data than platform, and Facebook is making this vision a reality. Success in digital marketing should be about finding precise consumer audiences and identities, not abstractions like campaigns and line items. Atlas is making Facebook more people-focused than ever before, and brands and agencies would be smart to follow suit. 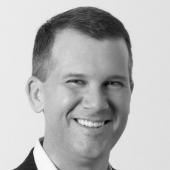 Don Mathis
Don Mathis is CEO at Kinetic Social, a social data and marketing technology company.
Follow View all articles by this author