Seismic. That's the best description of the revelation that Facebook inflated the level of its users' time commitment to video. "Inflated" as in 60% to 80% too high, according to the first round of credible estimates. Predictably, the news triggered an earthquake from U.S. advertisers, and we probably haven't felt the last of it.

Why? Telling advertisers that they weren't billed for inflated audience numbers, and providing third-party verification that their ads ran, doesn't solve the underlying issue of transparency. The single biggest decision advertisers make is allocation: which media channels receive how much of the budget. To get this right, advertisers rely on credible, comparable audience estimates. No one buys media on time spent, but everyone allocates with it. As the video marketplace expands, the pressure for transparent time measures will only increase.

Before the new revelations, Facebook's promise for advertisers was rightly compelling: mining/matching/marrying advertiser data and Facebook data for precision targeting, with ads served just-in-time to mobile viewers, all powered by "world class" Facebook data. There was a meteoric rise in ad dollars directed at Facebook Mobile, and the social media units at agencies gave rise to social-dedicated agencies.

Facebook's "Give us your TV ad dollars" pleas began echoing from the conference stages and the pages of the advertising press, followed by claims of "surpassing TV."

"We have a Super Bowl on Facebook Mobile every day" became a mantra of Facebook Chief Operating Officer Sheryl Sandberg at Advertising Week.

Yet there was always nagging suspicion from the top class of advertising executives, men and women who are trained to be skeptical. Why? Because they couldn't verify Facebook's audience or action claims, except via more Facebook data. And they couldn't stack Facebook's claims against other media, because the data wasn't there for everyone to see.

Early in 2016, the Video Advertising Bureau began meeting with the planning and research chiefs of the largest U.S. agencies to introduce a simple, fair means of equating media. We used a combination of reach and attention (time spent) in a single formula, providing average audience in any given minute. After these media pros validated the methodology, they agreed that many of the Facebook claims didn't seem to add up.

What did they see? In any given minute, 93% of video viewing is on TV, and all of Facebook amounts to the 112th ranked TV show. What's more, the Super Bowl's average audience turns out to be 18 times the size of Facebook Mobile.

Keep in mind that Facebook is a multi-function data platform where a subset of user time is spent watching video -- typically on a palm-sized screen with video ads auto-playing for seconds (often fewer than three seconds, we now know). No amount of data matches can make an experienced media pro comfortable betting an advertiser's product launch, share battle, brand equity or corporate image on such a fleeting, inadvertent connection.

In fact, the storyline of people fleeing TV to other devices and content forms fails to pass the test of audited, verified, third-party audience measurement. In the past two years, TV has consistently delivered 9.3 trillion advertising impressions, according to Nielsen. The bulk of those impressions were 30-second commercials that were seen and heard by real people on screens designed solely to produce a high-quality video experience.

"The impact is more than whether there was inappropriate billing or not," another agency exec told Ad Age. "It's about how the industry thinks about the platform. If it works better than YouTube, and they want us to take money from TV, then we have to believe the numbers they come up with."

A solution is here. It's called average audience in any given minute. This metric has passed the test of the toughest skeptics in audience planning. By using it, advertisers can take a giant step toward restoring the marketing efficiency our business is founded on: delivering real people who buy real products at a mass, proven scale.

Today, more than ever, any medium sold as a premium ad environment has the responsibility to verify its audience via transparent measures that are comparable to other media and available openly to all advertisers. The future of advertising depends on it. 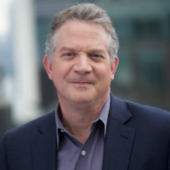