Facebook Is Now a Telecom Company, and Brands Can Benefit
READ THIS NEXT
You Can't Stop Instagram Bots by Looking. Brands Have to Stop Buying Them

How dare you, Facebook? You think you can just strip out the part of your app that lets people to speak directly to each other, and force everyone to use (gasp!) a separate Messenger app? How dare you allow your social network to become something that helps people avoid the noise of puppy pictures and clever meme posts, and look to deliver a focused place for speaking directly to one another?

Facebook's decision to "rip" chat out of its primary apps upset users back in April when word first got out, and Facebook is still defending its motivation months later. Facebook advertisers, meanwhile, have wondered what it all means for their Facebook presence. With a little time now passed to see how this is playing out, here are a few observations:

Most everyone gets sidetracked by the "social network" classification because Facebook's billions of users who speak with, broadcast messages at, or otherwise stalk each other aren't talking on the phone. But those billions of users are communicating, increasingly in real time and over data networks instead of picking up the phone, incurring wireless fees and doing it the old-fashioned way. And, if one desires using the phone and hearing a voice, Facebook now enables that, almost as a side feature. It's also showing the conversation log; something the phone companies haven't really done well to date.

Now take into account the billion-dollar acquisition of What'sApp, a company that overtly helps people avoid forking dollars over to telecom companies and the separate Messenger app starts to take a different feel to it -- one that is about disrupting more than a user experience; it's one that is disrupting the telecom model. Even with 20% adoption, Messenger will become one of the largest peer-to-peer services of communications on the planet -- overnight.

It's too early to start moving budget over to brand-integrated Messenger experiences, but for marketers and advertisers, it's not too early to salivate over "powering" that transamerican gossip between "friends."

In an "I want it now" society, the hare wins. And which segment of our population wants it now more than any other? Millennials. More than 11 million of them who have fled Facebook since 2011. How do you get them back? Give them a real-time social communications channel that doesn't mingle posts of Aunty Alice's new haircut with the juicy details only peers can produce.

Facebook has taken many steps to be real time, without disrupting the near-real-time model people have come to expect. It went for a Twitter-like feed, added hashtags and other features to curb the flight of the youngsters. Breaking off Messenger as a separate app gives it a new place outside of the house to play, and perhaps more than a fighting chance to retain millennials. If this pans out, Messenger could be the best digital neighborhood for reaching the most coveted and impressionable demo. Add that to Instagram and Facebook and it has a lock on the demo more than, say, an MTV could ever have.

Annoying can be effective

If you are a brand manager, you have to tip your hat to Facebook. While some may argue that the forced migration pissed some people off and those users plastering the internet with rage is causing real brand damage, it was effective in two ways. First, the outrage of being forced to a new separate application also underlined the realization that there is now a separate application to speak directly with your peers. That was calculated.

Secondly, the "outrage" over privacy that melted tech blogs forced people to discuss how Messenger can access your contacts, your social data, your conversations, etc. So outrageous that, in fact, the terms of service are the same as the Facebook app. Now, Facebook may not benefit directly from reminding people it listens to conversations, serves ads using your face and the like, but as the numbers have shown, it doesn't hurt. Also, the outrage drove the primary message; There is a new separate app for real-time communications with your social graph. A win for Facebook.

One more note on the privacy-based fire that has sweltered around Facebook: Brands, which routinely request and get granted access to contacts, serve ads based on your search history and do things like map your latitude and longitude, aren't often skewered by privacy advocates the way social networks are. It's an interesting highlight about Messenger that shows privacy has more to do with interpersonal communications than with purchase, search or location details. Even Google, which routinely listens to and serves ads against the language in your email conversations, search history and location, escapes the same hostility. Perhaps this is because Facebook, more than any other service, holds the keys to the most intimate relationships of your life, and that -- more than where you are, what you buy or what you search -- is what you care to protect. And of course, that emotional ground is exactly where brands want to be associated during the formative years Messenger is hoping to own. 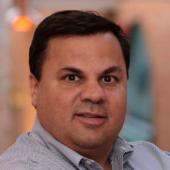