Facebook Search Will Be Better than Google (5% of the Time)

Recommendations Are Where Facebook Is Strong and Google Is Weak
READ THIS NEXT
You Can't Stop Instagram Bots by Looking. Brands Have to Stop Buying Them
Ben Elowitz
Credit:
Ben Elowitz

In May, I predicted that Facebook would introduce a search offering by the end of 2012. Recent reports suggest that the battle for search may heat up even before the weather cools down – Facebook was already starting to link Open Graph with search results in June.

But the big question remains: Will Facebook's search engine be better than Google's anytime soon?

On the whole, no way.

Then is Facebook spending mega dollars to develop an algorithm that needs constant upgrading – one that will almost certainly be inferior to the search engines we already have – all for naught?

We tend to think of search as a winner-take-all market (in part because Google has practically taken it all with its 66% market share). And for the majority of searches, it's true that Google can't be beat. If I'm looking for an address, a specific article, the origin of a phrase, or that Mark Bittman recipe for pasta alla gricia, Google is my best friend. But what about when I'm searching for something less specific and more taste-based? On this front, the market leader leaves a whole lot to be desired.

"Good books." "Restaurants in Bali." "Car mechanic in Seattle." The list I get from Google isn't right – good book, interesting restaurant, reliable mechanic according to whom? Recommendations are the thin-edge-of -the-wedge: an entry point into search where Google is weak. Pinterest and Yelp have already staked out important segments of this otherwise unclaimed territory. But Pinterest isn't going to help me with auto mechanics, and Yelp is struggling with its own "there's no accounting for taste" problem.

The fact is , I'm already turning to Facebook for this kind of information – it's just poorly organized. When my car window got stuck halfway open (not a tenable condition in my perpetually-drizzling city), I remembered a post from a few months back about my friend Jen's amazing new mechanic and scrolled down through her timeline to find the name of the place. But what if I couldn't remember which friend had posted? And how do I know that another friend didn't rave about a mechanic just as great but in a closer neighborhood?

Searches for hotels, restaurants, books, movies, and music – just a few of the categories that would be greatly improved with access to friends' recommendations – account for 650 million Google searches in the US every month (according to data pulled from Google's keyword tool). That's almost 6% of the 11.7 billion searches Google processed for US users in May. If Google brings in $36B in search ads annually, that 's a $2 billion slice of pie that Facebook could lift right out of Google's lunchbox. And they could do it without even developing a full-web search.

In theory, Google could preemptively lock up that lunchbox by building their own recommendation search. They will almost certainly try to do just that , but they will lack the data to build a credible offering. Facebook has a 100X or better data advantage when it comes to recommendations, and that data advantage continues to snowball: Facebook logs 2.7 billion Likes every day to Google's 20 million +1s. (Google doesn't release the actual number of +1s, but let's be generous and assume it's roughly in proportion to the time spent on each network.)

Facebook is in a position to push with its greatest strength – a big and beautiful dataset of people and their relationships to brands, places, things, and other people – on Google's most vulnerable point. And once Facebook gets a foot in the door with recommendation search, it won't take much for them to push the door all the way open. The first time Facebook serves me five great beach reading recommendations from trusted friends is the last time I'll even think of Googling "good books" before a vacation. And the same goes for choosing a new bank, finding a dentist, switching internet providers, buying car insurance, and on, and on, and on.

Pretty soon, 20% of my searches will be just as good or better on Facebook's social search. And when Facebook finally does tack on whole-web results to the package (internally or through a partner like Bing), I'll be much less inclined to leave Facebook, which is already my home base, to search for that Mark Bittman recipe on Google.

Survey data suggests that I'm not the only one who would be willing to give up the Google entirely if Facebook had a passable search offering. 17% of respondents in Greenlight's 2012 "Search & Social Survey" would "definitely" or "probably" use a Facebook search engine as an alternative to Google. Another 27% indicated that they might be willing to make the switch.

Facebook search will win us over slowly, by degrees. They'll start with what they know – the likes and dislikes of you, your friends, and people like you – and they'll woo us with exceptional answers to a few key questions. We'll keep the old, reliable search engine around for a while…but as soon as Facebook makes the move, Google's days will be numbered. 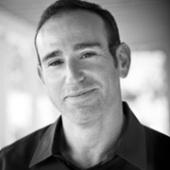