Flash Will Soon Be Obsolete: It's Time for Agencies to Adapt | Ad Age
Skip to main content
Sign In Register

Flash Will Soon Be Obsolete: It's Time for Agencies to Adapt

Why Agencies Need to Make the Switch from Flash to HTML5
READ THIS NEXT
You Can't Stop Instagram Bots by Looking. Brands Have to Stop Buying Them

The days of desktop advertising powered by Adobe Flash are coming to an end, and agencies that don't start adapting now will soon find themselves left behind.

Currently, the Flash plugin needs to be enabled in order for people to view virtually all of the dynamic, rich-media ads running on desktop devices, but we are very quickly headed toward a future where consumers will need to jump through hoops to view any Flash ads at all.

Many users already need to opt in to see Flash on their desktops. Browsers like Mozilla's Firefox and Apple's Safari have taken steps to make it even harder for users to see these banner ads.

All it takes is cursory reading of the tea leaves to realize that within six months, every single one of the major desktop browsers will have stopped natively supporting Flash -- regardless of whether the advertising world is ready for them to do so.

In short, the "Flashpocalypse" is coming, and it's up to you to decide what your agency is going to do about it.

Already, Apple's Safari web browser forces users to go out of their way to download the Flash plugin, and in recent updates, it has forced people who already have the plugin installed to upgrade their version of it in order to view the Flash content. This often leaves users confused or hesitant to click again for fear of downloading malware. And even with an updated player, it's still click-to-activate and not active by default in every browser session.

Meanwhile, Mozilla Firefox's default settings require users to opt in to see animations built in Flash every time they encounter them, and the brand is already working on a replacement for the plugin, which is seen by many as a serious security risk.

While Google Chrome does enable Flash by default currently, it has recently released a beta version of Chrome which idles Flash content the user is not actively engaging with. This Flash idling will roll out to all Chrome desktop users in a future update.

If this sounds like a big problem to you, you're absolutely right. If the major browsers were to disable Flash immediately, we could be looking at a scenario where roughly 84% of banners across the internet would not be viewable on desktop browsers. Rather than clicking on a visually dynamic, animated ad created to capture attention with movement and video, users would instead see a static banner in place of the intended ad, and most advertising creatives don't pay much attention to the creation of static backups.

For advertisers, this could mean shelling out first-class money for economy-class impressions.

Though it might be painful to admit for an industry that has relied on Flash for over a decade, the right choice is to start creating desktop ads in the HTML5 language used to create ads for mobile.

For the people creating desktop ads, Flash is not only a familiar platform they've developed expertise using over the years, but one that is in some ways superior to HTML5 when it comes to rendering animations. Before they can start developing their desktop offerings in HTML5, agencies will need to work hard and invest real resources toward educating creatives on the platform's strengths and weaknesses.

The shift will also require media buyers to persuade publishers to start supporting HTML5 standard ads' unique technical requirements. Since animations built in HTML5 have larger file weights than those created with Flash, most publishers' ad specifications are not big enough to hold HTML5 files. While it won't necessarily be difficult for publishers to make this change, it will take advertiser pressure to get them to tweak the specs they have been using for years.

In addition, making ads in HTML5 creates an additional burden for agencies' quality assurance teams, which will have to deal with the fact that each browser supports its own set of features from the HTML5 standard. As a result, these teams will have to complete cross-browser testing on desktop and mobile units, which will double or perhaps even triple QA timelines.

Agencies that move quickly toward an HTML5 desktop standard will have the benefit of being able to run the same creative across desktop, mobile and tablets. This will ensure a truly seamless experience for consumers and save brands the cost of rebuilding ad units specifically for mobile.

And while making this shift to HTML5 will be no easy task for an industry that has grown comfortable with Flash, the only other choice is for us to sit on our hands and wait for the day when all of our animated desktop display ads are stopped in their tracks.

Don't believe us? Just wait — it'll happen in a flash. 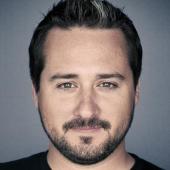 David Evans
David Evans is partner-director of production and business development at Hook, a Los Angeles production company.
View all articles by this author