Five Ways Marketers Can Respond to Augmented Reality
READ THIS NEXT
You Can't Stop Instagram Bots by Looking. Brands Have to Stop Buying Them

Regardless of whether Pokémon Go becomes the next Pinterest or is just the Pong of our generation, marketers need to get ready. The game has become a wild hit, with more than 20 million people in the U.S. playing it daily, at twice the usage of Facebook. And it signals five new ways to advertise in a virtual world. 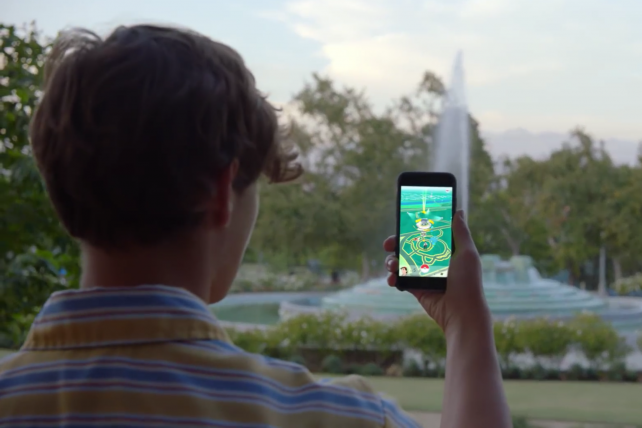 A scene from a commercial for Pokémon Go.
Credit:
Pokemon/Nintendo

2016 is the year AR arrived. In February, the Florida startup Magic Leap secured $793 million in VC funding for its glasses that project high-resolution animations over real space. Microsoft in March began shipping developer kits for its HoloLens headset. And Facebook has purchased Oculus, a virtual-reality pioneer, for $2 billion. With all the big tech players investing, AR is coming fast.

So how do marketers get ready for this new, visually compelling, artificial world? There are five basic strategies for advertising in virtual space. And almost all can now be tested.

1. Advertising interception. Yes, virtual banners ads are already here. VirtualSky is a new ad network that promotes the AR equivalent of pre-roll or video ads; its "Sponsor Ads" precede a virtual game session with 5 or 10 seconds of immersion, and longer formats create the 360-degree version of a TV spot. SecondAds.com provides another network of ads that "geo-target" spaces within virtual gaming worlds, such as the somewhat musty Second Life. Banner-ad haters may not like it, but interceptive AR ads will proliferate.

2. Data collection, analysis and prediction. The second AR move for marketers is to gather new data about users from augmented reality. AR provides a unique dynamic in that by combining virtual worlds with physical touch, it can track the movement and reaction of consumers in space as they respond to any environment.

For instance, MIT professor Alex Pentland has already mined the data from mobile phones to forecast when certain crowds of people are contagious with the flu. When people start feeling ill, they travel slightly less, and call loved ones more often seeking solace. By aggregating these signals, Pentland can heatmap movie theaters in cities that have high or low concentrations of flu viruses. Physical movement and digital engagement via AR will create new opportunities to predict what humans are about to do.

3. Geo-targeting redirection. The third use of AR will be to combine visual intercepts with physical locations to redirect consumers. Pokémon Go's "Lure Modules" are an early taste of this approach, where users can create clusters of virtual creatures to attract other game players to their stores or restaurants. Any AR app with a data overlay is an opportunity to post a virtual offer pointing at your business location.

4. Build visions inside tiny mobile screens. The most magical aspect of augmented reality is that it can make tiny mobile screens -- now a constraint for advertisers trying to push ads without annoying users -- appear as windows into an enormous world. This is important, because while it will take years before HoloLens or Magic Leap glasses reach the masses -- Deloitte predicts only 2.5 million virtual reality headsets will be sold globally in 2016 -- everyone has a phone. The company Retinad is reportedly designing virtual ads that float in a mobile environment until the user spends a few seconds looking directly at the ad; this triggers an expansion, similar to a pop up. Visual-world expansion on mobile removes the constraint of tiny iPhone screens for marketers.

5. Creation of virtual-world platforms. Which brings us to the fifth option, where brands create their own augmented worlds. Imagine, Nike might build the AR universe in which everyone appears to be an amazing athlete. Revlon or Axe could launch the virtual beauty app that automatically smooths the facial lines and hairstyles of everyone around you. Each winning augmented-reality "platform" will act like a popular cable channel, and consumers will click to the world they want to live in.

So there you have it. Augmented reality will have ads that pop up, new data trails and new ways to redirect behavior. But the real race will be to become the next Facebook, the winning augmented-reality platform that paints the universe in the color of your brand. 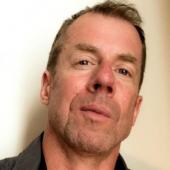 Ben Kunz
Ben Kunz is senior VP-marketing and content at Mediassociates, a media planning and buying firm.
Follow View all articles by this author