From Search to Video to Mobile (and More), a 2013 Product Road Map For Facebook
READ THIS NEXT
You Can't Stop Instagram Bots by Looking. Brands Have to Stop Buying Them
Ben Fox
Credit:
Ben Fox

I'm a big fan of Facebook and would love to see them successful. The stakes are huge. They could be a viable ad platform for everything in online advertising today-- an independent alternative to Google's ad platform, a "must buy" for brands, and an effective direct advertiser performance platform.

Search Box: Make it real, make it usable, and make it different than Google. Make it easy for advertisers to say "Great, I'll move 10% of my search budget to Facebook Search." Focus on product and people search. Search is best and most monetizable when it's about intent. Ignore the long tail and go for user generated results with a lean towards commerce. Advertisers would line up for both branding and conversion opportunities. How to get there quickly:

Video: Facebook should create a channel based on professional and UGC content and curate it so that it resembles cable TV. Seed it with $1 billion. Then make it massively social, interactive, and in some cases, user driven. Think about it – groups of friends watching their "shows" together using a Facebook video collaboration software like Webex. You just turned Facebook into group TV watching. And you can sell tier 1 advertisers and have no distribution costs outside of your own Opex. You can walk into Madison avenue with the agencies and go directly after TV budgets.

Clearly define Facebook sales channels: there seems to be some confusion in the marketplace about who exactly is selling what to whom. This could be hurting Facebook because many VARs are holding back on committing resources that could monetize gigantic portions of Facebook unsold inventory. Maybe segment the channels as follows:

Voodoo math: Let's assume they carve out and dedicate 10% of their 1 trillion impressions of inventory to VARs that can exclusively resell it in 2013: 100 billion impressions a month at a $1 CPM = $1.2BB a year.

Mobile: a Facebook mobile phone? My guess is this is because Facebook wants to create a direct connection with the end consumer and own the "consumer access point" to reduce the potential for disintermediation. The catch is that Facebook is not a hardware company and doesn't have an OS-(sorry - being a website to a lot of people to doesn't count). And of course, Google + IOS are competitors so Facebook doesn't want to piggyback theirs.

Voodoo Math: If Facebook is willing to pay $1 billion for Instagram, they would probably spend at least a billion with a high likelihood of failure on building the phone. Forget the phone, please. Wait for better alternatives (payments, Facebook credits) to go big for the final inch to the consumer. Cost savings = $1 billion.

Build the biggest retargeting network in the world: Facebook reaches – everyone, basically. And yes, those people actually do visit sites other than Facebook. Facebook could offer their advertisers the ability to target those users again once they've left the Facebook properties. This reach extension product would be entirely incremental to their ad business and have no conflict with their direct sales force.

Facebook Real Time Bidding (FTB!): Build the ability to bid per impression in a real time environment for every impression type. Yes, this is scary because you may spread too few ad dollars across too many impressions collapsing parts of the bid landscape (or the entire thing?). But the entire industry is moving there and you don't want to be left behind. And if your direct sales force rocks and your VAR strategy is solid – what's to worry?

Online GRP: make it insanely easy for a large Consumer Packaged Goods companies to spend billions of dollars on your audience in a single month because they know precisely what kind of online spend maps to a TV GRP. If FB can get this mapping even close to what it actually is – and you'll probably need feedback loops from the existing TV ratings companies as well as the advertisers themselves, then you can unlock a huge portion of TV budget ready for reallocation. Let's say you can get 10% of TV ad budget spend for "testing" = $6 billion.

The $1 Billion Digital Upfront: create a high quality channel of premium content that you offer to your advertisers before the content is released. Sell advertising against the content as a first look and guaranteed basis. Forget the upfronts and then newfronts - create the Facefront. For example, almost every major actor and actress has a presence on FB. Organize them through a major agency like WME to broadcast the live content for 20 of their shows in Q4 exclusively on Facebook. Get top talent performers like Kayne, Jay Z, and Britney. Get commitments for all of them to do shows, go to advertisers and sell Facefronts. Lets say you can get to 10% incremental to what the TV upfronts do = $1 billion.

Cross media attribution modeling: if you can directly correlate the advertising that is shown to consumers and exactly what they purchase off shelves, you just cracked into a $1 trillion offline retail opportunity that disrupts everyone in the value chain. Imagine being able to maintain your shopping list within your profile, new products are suggested to you, and you can automatically go grocery shopping with your friends in a digital environment. Replace the "mall" and replace the "grocery store" with a virtual, digital, social shopping experience – huge. Become the OS for purchasing products. How much is this worth? = priceless. 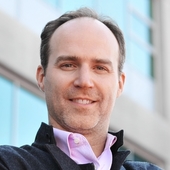 Ben Fox
View all articles by this author