What Brands and Agencies Need to Know About Using Light and Dark Social
READ THIS NEXT
You Can't Stop Instagram Bots by Looking. Brands Have to Stop Buying Them

I don't have a serious case of FOMO (fear of missing out), but when one of my Instagram friends posted a screenshot from Drake's new video last October, I needed to see it. Right away. That's when the hunt began.

First, I went to Vevo's channel on YouTube. No dice. Where was it? I went back to where I started, and Drake's Instagram indicated that the video was available on Apple Music. Instinctively, I shared the link with my WhatsApp group.

The next day, "Hotline Bling" memes exploded online, and the video was all over my Facebook newsfeed. Everyone knew about it by then.

This example illustrates the difference between dark social (harder-to-find content) and light social (more popular channels like Facebook), and how brands can use dark social to reach audiences.

Everybody's got a dark side

There's a difference between content shared on dark social vs. light social. This was poignantly displayed in a project by Belgian artist Dries Depoorter. In an exhibit he named "Tinder In," Depoorter juxtaposed LinkedIn and Tinder profile pictures to show how people choose to represent themselves on each platform. As you would expect, there was often a big difference between the two. Facebook Jane may be very different than Tinder Jane.

This is because online social media spheres tend to mimic offline friendship/audience groups. The smaller the circle gets, the more people reveal. According to the Total Youth Mobile Report, 92% of millennials will only share information on Snapchat with close friends.

Facebook and Twitter are for public curation, while Snapchat is a narrower sharing medium intended for semi-private communication. Why only semi-private? Because once a snap is posted for anyone to see, it becomes light. The most private sharing channels are WhatsApp, Tinder or the messaging functions of Facebook (Messenger) and Instagram.

Some brands may want to create content for both light and dark channels. While generic messages for an energy drink can run on light broadcast social, for example, imagine how the product might be positioned on a dating app.

Fully integrating dark social messaging with a light approach is always a good strategy. While Coca-Cola ran its "Naughty or Nice" campaign on Tinder last Christmas, it cast a wider net by highlighting select swiping activity on broader channels.

Dark social also provides an opportunity to create some exclusivity among dedicated followers. Content should match the channel (and its users) to create stronger connections. For dark media to be fully effective, we need to match it to the right content, rather than copying the same asset across channels.

"Tribecasting" is the art of stoking interest among a core group of fans early in the process. It involves giving followers bespoke content that is often raunchier or more honest than what eventually appears on Facebook.

By playing on people's desire to be the first to know and share information -- thereby using exclusive access to validate their informal ranking as the best-connected person in their networks -- they're driven to find out more.

In the olden days (about five years ago), discovering a new song was easy and convenient, because it was everywhere. Music releases were meant to build huge awareness. As a result, some believe the business made it too easy to take the actual product -- the video -- for granted.

That was not the case with Drake's video. There was nothing to be found, which made it obvious that I had to find it. But I didn't want to just broadcast it on Facebook; I needed to be the one to share it among WhatsApp friends who are genuinely into Drake and his music

Rihanna's Samsung-sponsored launch of her new album and "Anti" world tour also triggered a social hunt. Both the artist and company dropped crumbs of clues before publishing the actual link that led fans to everything "Anti."

Drake's and Rihanna's campaigns both drove content discovery and advocacy, rather than massive awareness. Their fans carried the music to the mainstream, where -- rather than going from 0 to 60 -- consumers had already had their curiosity tweaked just a bit.

What else can be done in the dark?

When marketers and their agencies come up with a "big idea," perhaps we should regard the idea as the plot of a story that the media and consumers ultimately write. This means that as media agencies, we should include both the content asset as well as new forms of dark social distribution, including:

Not everything stays in the dark

What was verboten yesterday could become acceptable tomorrow. Consequently, not all dark social topics stay that way. As some sensitive topics approach critical mass, more and more related content gets published. Conversations about new topics then take place in the dark, and the process begins again.

The truth is that people have an appetite for the taboo, and a lot of brands can use it to bolster their own fortunes. 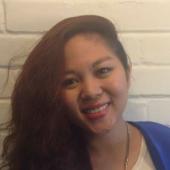 Jox Petiza
Jox Petiza is a global content strategist and storyteller at MediaCom.
Follow View all articles by this author