The Future of Ad Tech? Look at What's Happened to Financial Markets

The Budding Emergence of Data and Analytics Is a Story We've Seen Before
READ THIS NEXT
You Can't Stop Instagram Bots by Looking. Brands Have to Stop Buying Them
Andrew Nibley
If you want to see the future of the ad-tech industry, look to the history of the financial- services industry. Not so long ago, in the 1980s, financial markets were pretty much opaque. Very little information was shared openly and deals were largely based on cozy relationships between buyers and sellers. Most deals were conducted by phone or by fax. Some deals were hatched at lunch with free-flowing wine. Country-club games like golf and tennis also provided backdrops for relationships that translated into strong trading partnerships. Electronic financial information services began to change that by wiring up the various players in the market, providing them with data they never had before. It started with pricing data, where market participants began to share information with one another for the overall benefit and efficiency of the market. Next, news and information that could move and influence those prices was layered on. Eventually, analytics that could help decipher and predict trends and patterns began to emerge on traders' terminals. Companies like Bloomberg and Reuters -- firms that developed financial news, analytics and transactional products --made a fortune. Once the pricing data, news and analytics were in place, these terminals began to offer the ability for traders to conduct business with each other directly through these machines. The last piece to the puzzle was programmatic trading done by computers themselves. Today most of the trading in the financial markets is done by computers talking to computers, not humans trading with humans. These trading machines need data, third-party information and analytics to survive. The entire revolutionary evolution of the financial-services industry took about 30 years. Fast forward to today. The digital ad-tech industry is only starting to emerge from a decade of opaque, information-starved deal-making. A lot of the deals are still predicated on relationships. Media buyers are bribed with concert tickets, meals at fancy restaurants and other goodies. Real-time trading is still a tiny fraction of the market. But in the last couple of years, data have started to become available on a large scale, even if fragmented and delivered by many different sources. It is safe to assume that eventually this data and other information will be aggregated and shared throughout the industry. Analytics, particularly for things like yield management, are still in their infancy in the ad-tech industry, but are starting to take hold. Forecasting and spotting future trends will become critically important to buyers and sellers. Eventually, it is reasonable to expect that computers, driven by data, information and analytics, will be doing most, if not all, of the trading. It may be too early to tell exactly who the Bloombergs and Reuters of the ad-tech industry will be, but if the history of the financial-services industry is any indication, the future of the ad-tech industry should not be too difficult to map. We've seen the movie before. 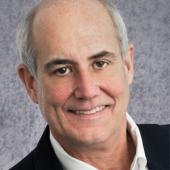 Andrew Nibley
View all articles by this author