The Future Belongs to 'Native' Ads, Is Your Agency Ready? | Ad Age
Skip to main content
Sign In Register

The Future Belongs to 'Native' Ads, Is Your Agency Ready?

Roles Need to Shift, to Create Content That Matches a User's Experience of a Site
READ THIS NEXT
You Can't Stop Instagram Bots by Looking. Brands Have to Stop Buying Them
Dan Greenberg
Credit:
Dan Greenberg
Pre-roll and mid-roll video ads, video banners, boxes, buttons, pop-ups and all other types of "interruptive" advertising are on the way out. In their stead, a new wave of "native" advertising is emerging that fits with today's social, connected web experience. Native ads place brand content such as videos, photos and articles directly into the fabric of a publisher's site -- usually in a form that matches the site content -- instead of just fitting ads in boxes separated from and around the content. Some high-profile examples of native advertising include Facebook Sponsored Stories; Twitter's Promoted Tweets; promoted videos on YouTube, Tumblr and Forbes; promoted articles like Gawker's Sponsored Posts and BuzzFeed's Featured Partner content; Sponsored Listings on Yelp; promoted images on Cheezburger; and promoted playlists on Spotify and Rdio. Consumers are ready for the shift. They're tired of being interrupted, bothered and "marketed at." People are used to the native concept already, through Google search ads. These are arguably the first native ads, appearing atop search results, fully in context with the user's experience of Google as a search tool. Early results look good. Sponsored Stories, the cornerstone of Facebook's revenue model, have higher click-through rates than Facebook's banners, while Promoted Tweets have a reported click-through rate of between 1% and 3% -- far higher than the standard banner click-through rate of less than .05%. As publishers pin their business models on native inventory, these ad placements are allowing agencies and brands creative leeway to think outside the "banner box" -- fostering a new era in creative development. Today's agency must be thinking about a wide range of content, including serialized videos, in-game ads, photo feeds, meme-jacks and branded music playlists. Much of the creative know-how to achieve this already exists within agencies. Some have created a role such as earned-media director, who creates and executes social campaigns. Other roles are likely to develop, most to be filled from within. Here are a few. Serialized content producers. Consumers watch brand videos the way they watch non-branded ones, as entertainment, not just ads. Agencies will require more producers to create original, high-quality video series. A recent example was AT&T's action-adventure drama "Daybreak," a tale told through five online films, two websites and a smartphone app. BBDO created "Daybreak," working with veterans of TV series. HP sponsored "Tiesto's in the Booth": 10 YouTube episodes giving a behind-the-scenes look at a world tour of electronic music superstar Tiesto, created by Believe Entertainment. Meme Jackers. While it's always been a staple of creative culture to know what's "cool" in mainstream culture and help a brand fit in, memes are a different animal. These are subcultures that foster an identifiable video, photo or graphic style or character that goes viral, with members united by a hashtag or creative use of media (like animated GIF blogs). Memes will drive earned media for a brand if it can catch them while still fresh. Knowing when a meme is on the rise, but not horribly overplayed, is the responsibility of the Meme Jacker. Abercrombie & Fitch recently entered into the video-meme fray with a contribution to the relentless "Call Me Baby" cover videos. Music directors. With sites likes Spotify, Turntable.fm and MOG providing amazing libraries of music and built-in social features, brands can create shareable sponsored playlists that entertain audiences and promote a theme that relates to their products or audience. For this work, agencies will need full-time music directors. One example of a brand that 's done a great job with native-music campaigns is Intel. Intel was one of the first sponsors for the social DJ site Turntable.fm and has continued to stay on the edge of music culture with its partnership with Vice to back The Creators Project, a site that promotes creative art forms. Real-time Copywriting Directors. Classic copywriters have time to mull over every turn of phrase, but in native advertising ads need to feel part of a conversation that is happening right now on a site. A real-time copywriting director would be able to create and edit copy quickly, while managing teams to track conversations and data across the social web. When copy and social-media monitoring work in harmony, you get results like the famous Old Spice viral video campaign "The Man Your Man Could Smell Like." Weiden + Kennedy brought copywriters together with a social-media and tech team to scour the web for comments and Tweets about Old Spice and write hilarious response videos on the fly. This gave the campaign a feeling of being created in near real-time, leading to one of the biggest viral successes in history. Whether an agency officially creates these new roles, or just has employees learn the native ropes, one thing is clear: creative, media and technology teams are becoming integrated in entirely new ways. 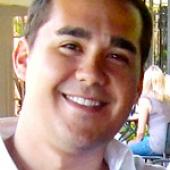