Machine Learning Will Give Publishing Visual, Interactive Content on a Big Scale

READ THIS NEXT
You Can't Stop Instagram Bots by Looking. Brands Have to Stop Buying Them
Credit: Varijanta/iStock

Every day, digital publishers are challenged by the fragmentation of media. Third-party and social platforms appropriating content, mobile "snacking," low-quality "clickbait" competition and content recommendation services that drive visitors off-site are just some of the factors depressing pageviews, engagement and monetization. For these reasons, many key publisher metrics are trending downward. According to ComScore, digital publishers now see only 1.7 pageviews on average and just 3.8 minutes on-site per session.

The good news is that the publishing industry has begun to align on a solution to the problem. Several leading publishers -- from Jeff Bezos at The Washington Post, to the New York Times' recent 2020 Report -- have identified visual, interactive storytelling as the right strategy to engage modern readers, who no longer wish to engage with longform text. Here's why.

The power of rich media

But this isn't just an advertising trend. It reflects broader changes in media consumption and behavior. The explosion in media channels has splintered consumer attention, and as a result, visual and interactive content is more effective at attracting and engaging an audience.

Publishers must embrace this shift. They need to develop visual and interactive content to make their own editorial more engaging. This includes everything from video and data visualizations to slideshows, quizzes and polls. Top publishers like Hearst, Mic and BuzzFeed are already doing this, with great success. In June, Tronc Chairman Michael Ferro told CNBC that artificial intelligence would help his company produce up to 2,000 videos per day. "Right now, we're doing a couple hundred per day ... We think we should be doing 2,000," he said. And The New York Times, in its 2020 Report, said it, too, would be integrating more "visual journalism" into its process to compete in the digital era. Per the Times, interactive and visual content can "redefine storytelling," keeping publishers competitive amidst cutthroat competition from Facebook and others.

It's easy to understand how visual and interactive content benefits a publisher. The challenge, however, is that building this content is incredibly resource-intensive. Most publishers don't have the team or technology in place to create visual, interactive content at any scale. And resources are only shrinking. According to the Pew Research Center, newsroom employment figures dropped 10 percent in 2016, leaving the workforce with 20,000 fewer positions than 20 years ago. Integrating rich media is difficult as organizations consolidate and budgets shrink. (In The Times' 2020 Report, which advocates for more graphics-driven storytelling, the editors lament a lack of expertise and tools to reach this goal.)

High-quality, text editorial will never be fully automated, of course. But, the creation of visual content at scale, without massive investments in personnel, takes innovation. Journalists need tools that can automate these more demanding aspects of content development. Like programmatic, machine learning is the key. As an example, the AP announced a machine learning initiative to reduce the 800 hours its journalists and editors spend every week converting print stories to broadcast formats. The project will automate some of that process and "free up capacity for journalists."

For newsrooms, this signals an entirely new category of editorial content. I call it "dynamic editorial," the creation of visual and interactive editorial at scale, through machine learning. This type of intelligent content automation will fundamentally change the nature of news publishing, making lives easier for journalists.

Expect dynamic editorial to take center stage as the The International Center for Journalists releases its anticipated research report on the state of technology in global newsrooms later this year. The first-of-its-kind study, announced last summer, will probe "tech-driven journalism," particularly what "interactive tools" journalists are "using to improve their reporting" and storytelling processes. As part of that dialogue, I expect the concept of dynamic editorial to emerge as central.

As publishers seek to integrate more visual and interactive assets across their content mix, it will be important for them think about advertisers and the way in which visual, interactive and dynamically-generated editorial can elevate engagement, audience attention, optimize resources and, ultimately, support making money. 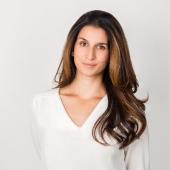