Want to See the Future of Search? Better Look East

Naver and Daum, the Google and Bing of South Korea, Show How Search Will Move Beyond Text Queries
READ THIS NEXT
You Can't Stop Instagram Bots by Looking. Brands Have to Stop Buying Them
Remember the day you first discovered Google search. Now, think back to what search was like before, using Altavista and Lycos. It was pretty painful stuff. Google, with its plain-vanilla HTML interface, simple black text, blue links and one sole graphic did nothing but revolutionize my search experience, and judging by the brand it has built since, I don't suspect I'm the only one.

In fact, many of us can't imagine life without Google, despite the valiant contender efforts of Bing and the old faves of Yahoo and AOL. That is until you head East. When we first adopted Google we were all on dial-up and time waiting for graphic-rich content was secondary to getting data results -- fast! Yet, in a culture where consumers have always had high-speed broadband from day one, such as South Korea, who has the world's deepest penetration of internet users, those rules just never applied. In fact, for them, search has always been an entirely different affair.

When you take a look at Naver or Daum, the Google and Bing of Korea, respectively, you realize that to the majority of Korean's search-engine sites are more like portal websites where search results are fully integrated with images, video, music and user Q&A's, which boasts 50,000 questions a day posted by users to share information with fellow locals. It reminds me of a more sophisticated Yahoo search portal. The concept of a simple text search is pretty alien to Koreans and is quickly becoming alien to us to when you consider the time we are now image- and video-searching ourselves. This is only part of the reason Google has had a hard time way out East.

Both Korea and Japan, the second-largest advertising economy behind the U.S., are also the leaders in 3G adoption across mobile devices, with over 70% of mobile penetration. As a result, more people use mobile devices than PCs to access the internet, a trend we are beginning to see in the West led by social-media access.

As consumers find natural, more convenient and faster ways to interact with information and content databases, we are about to see those little text input boxes finding themselves being used less and less. It's not just that searching on mobile is increasing, but it's also the way users are conducting searches that's shifted. When you consider the fact most mobile phones already have an inbuilt camera and are seeing handset manufacturers poised to adopt Quick Response (QR) code and Radio Frequency Identification (RFID) readers throughout 2010, it is not just contact-less payments via your cellphone that will become commonplace, but comparing prices in real-time that will make a radical change to our purchasing habits.

Quick Response (QR) codes are appearing on everything from print to outdoor billboards as seen in Universal Pictures's "Repo Men" and Volvo. It has caused movie studios or car manufacturers to enable the auto-opening of mobile pages by pointing mobile phones at such posters, all tracked through ad-serving systems. Applications like Red Laser on an iPhone allow barcode reading of products to automatically search for price comparisons, while on the move. We are also seeing the use of cameras to find information through augmented reality overlaying the natural world with interactive information. And now, RFID will take this even a stage further, when proximity to items can auto-trigger further information, a trend already firmly rooted in Eastern cultures.

Though still in its infancy in the West, it is these concepts that will move quickly towards critical-mass adoption, and challenge everything we thought we knew about search and optimization, or the relationship between display and search across channels. In fact, it's these forms of mobile technology that's facilitating a level of location-based advertising which will move consumers beyond a video search on YouTube and bring a new simplicity to search and consumer activity that will give the classic search a run for its money. 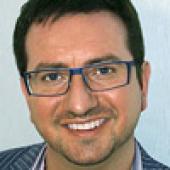 Dean Donaldson
View all articles by this author