In Order To Build the Future Systems of Content, Forget the Past

Be Ready to Reach Anyone, Anywhere, Any Time
READ THIS NEXT
You Can't Stop Instagram Bots by Looking. Brands Have to Stop Buying Them
James Gross
In the not-too-distant future, marketers finally will be able to target nearly anyone they want, any time they want, anywhere they want. Though the last 20 years held out the promise of doing this, with joined cookies, e-mail addresses and optimized banner copy, the technology fell short. Today, with social platforms like Facebook, Twitter and LinkedIn, millions of people are voluntarily (and happily) giving up millions of pieces of personal data in the form of content they create. Each post, tweet, like and pin tells the platform exactly what a consumer is thinking and what content engages him or her.

As the targeting capability improves, the question for brands will change from "How many fans or followers do you have?" to "Whom do you want to reach?" And this leads to two strategic questions: What do you want to say? And how do you sustain your messages to different segments across platforms and around the world?

If this sounds like a daunting task, it should. This kind of reach and data have never been available before. While TV has been the best option, it's always been limited by geography and language. Social platforms are the first manifestations of true global reach -- and they're only getting bigger as new members join with mobile devices.

This means that we will need to forget much of what we learned about digital creative and buying as it relates to bid management, re-targeting and banners. We need to think about talking to people at a scale we've never imagined -- and in real time. Historically, the lead times of older media allowed brands to create content over months. Now, while all platforms are unique, the standard is universal: Audiences expect real-time content.

What's a brand to do? Conduct a massive rethink of how we go about creating content. This will obviously include the input of creative people and pieces of the much-discussed "newsroom" model of an organization primed to produce a large amount of timely content, as opposed to carefully plotted campaigns.

But the model won't help if the thinking in our newsrooms is akin to the famous quote attributed to Henry Ford about the mindset of consumers: "If I had asked people what they wanted, they would have said faster horses."

Had Ford approached the problem of transportation by applying that sort of old thinking, his solutions would have lasted a very short time. Instead, he realized that to match the new pace that civilization was clamoring for required not just an innovation in vehicles, but also in how they are produced. The assembly line, and its ability to deliver cars at scale (early-1900s scale, that is), made the automobile a mainstream invention. It also shaped how the way industry would work straight through to today.

The shift in marketing approaches can't compare in historical magnitude to the changes brought about by the automobile and the industrial age, but the analogy provides an instructive framework for thinking about how to solve big questions. While history looks in awe at Ford's imagination for modernizing transportation, his real innovation came through his use of systems that augmented humans' ability to produce new goods. Instead of looking to the past for an answer, he created an entirely new system to build the future.

If you are a brand thinking about the challenges of the age of social media, start by asking yourself, "What is different now than in the past and what are the tools that we have at our fingertips?" If the answers make you feel as if you are treading into territory never documented before, that's a good thing. As many have noted, the biggest mistake we make in a new medium is mirroring the process of an old one. 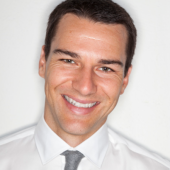 James Gross
View all articles by this author