READ THIS NEXT
You Can't Stop Instagram Bots by Looking. Brands Have to Stop Buying Them
Starbucks recently promoted its reusable cups by asking fans to doodle on them.
Credit: Starbucks

I just received an email from an "advocate marketing" company, it opened with the following:

"For years now consumer brands like Apple, GoPro and Starbucks have made billions on user-generated content; countless fan photographs and videos used in their marketing campaigns."

The email then asked, "So what's stopping you from doing the same?"

And it's (mostly) true. These companies make billions through creation and ownership of user-generated content (UGC), as well as the creation of scripted and unscripted content. These brands understand that in order to monetize earned media and content in a meaningful way, they must convert it to owned media. As a result, they have evolved from their core businesses into media companies.

Starbucks. Starbucks started down the path of becoming a media company in 1999, when it acquired Hear Media, A record label focused on ambient coffee house sounds. With the acquisition, Diana Krall and Norah Jones fans could stock up on their latest sounds while waiting for their Caramel Frappuccinos.

Starbucks also scored a big win with their recent "White Cup Contest" campaign, designed to promote their reusable cups by asking fans to doodle away on their cups, paying the best with $300 gift cards in exchange for UGC rights.

And with their new original content series, "Upstanders," Starbucks is again proving that they understand the importance of offering customers a vast array of original, digital content in order to stay relevant.

GoPro. Every consumer that buys a GoPro has the potential to become a content creator. As a result, GoPro spent the past two years building a platform of the best creators, providing them with the hardware, funding and platforms needed to become original content creators for the company.

If any company has an inherent advantage when it comes to content creation, it's GoPro.

Apple. Let's look at the powerhouse that is Apple. The media-consumption experience Apple created allows it to tightly control the distribution of more media and content than any other company in the world.

But when it comes to UGC, Apple takes a different approach. Rather than pandering to their customers for UGC through #hashtag campaigns, Apple quietly scours the Internet for the best UGC, then contacts those content creators to buy rights to this work.

The result? The "Shot on iPhone" campaign, with more than 10,000 billboard installations around the world, allowed Apple to turn the world into its gallery.

Why the future is owned vs. earned

As a result, nearly 99% of UGC is owned by the social networks. They own the UGC and the metadata behind each piece of UGC.

Customer don't win anything for their loyalty, and the brand is left with a few minutes of reach, at best.

However, if you want to measure, monetize, and create long-term engagement opportunities with customers, building campaigns that allow you to own your UGC, both the content and the metadata, is key. Owning your UGC removes any potential legal risks associated with republishing or using your UGC in future campaigns, and your brand has the opportunity to collect the rich metadata behind each piece of UGC.

Why the metadata too? Metadata contained in every photo and video has unique, dynamic data that can't be gleaned anywhere else. Capturing the metadata behind every piece of UGC helps your brand drive a deeper level of understanding of your customers… who they are, buying patterns, geolocation, phone type, contact information, and more. With this metadata, your brand has the information necessary to have a highly customized, 1:1 conversation with your customers.

Because if content is king, its metadata is heir to the throne.

You can do whatever you want with it. When your brand owns UGC created by your fans, your brand can use that content licensed and royalty-free, in print, digital, and social campaigns -- publicly celebrating them, and giving them the recognition they deserve.

Gary Vaynerchuk, CEO of Vayner Media, said it best: "The faster your business realizes that it's a media company, the more likely it will be to succeed."

Media is in the DNA of Starbucks, GoPro, and Apple. They understand how important it is to own content in order to monetize it.

In order to monetize UGC in the future, and use this content in a meaningful way, it can't be earned, it must be owned. 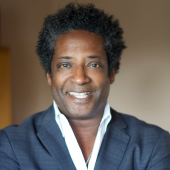 David Hunegnaw
David Hunegnaw is founder of Bylined, an on-demand photography platform, and a partner at Loud Capital, a Columbus-based venture capital firm.
Follow View all articles by this author