Gaming's Next Big Leap: A Console in Every Hand | Ad Age
Skip to main content

Gaming's Next Big Leap: A Console in Every Hand

Expect Millions of Casual Players to Jump Into Social Games -- on Any Device
Marcus Fischer
At the recent Electronic Entertainment Expo in Los Angeles the industry's biggest brands and gaming titles were battling it out full force. They didn't disappoint. And one thing's for certain: the gaming landscape is about to change once again for marketers. Sales just topped $74 billion and are on track for $115 billion by 2015, according to Gartner. That's driven in part by incredible innovation across the field: new controllers, new screens and cool technologies including facial recognition are all contributing. But the phenomenal growth of traditional gaming is slowing. And as its curve flattens, a new social order is forming in gaming. Producers are lining up to offer incredible mobile and social-gaming experiences that will become the instant David to the traditional industry's Goliath.   Just check out GREE if you doubt that the future of social gaming is here and that it will be playing to win. It had a huge footprint at the convention center. GREE is the world's largest social gaming network, with 230 million players globally. Some of the industry's biggest names, Gameloft and Ubisoft, just opened up their games to the GREE network. The question is : how big can social gaming get and how much will it cannibalize traditional gaming? The boom to date has been unbelievable: a 400 percent sales increase between 2008 and 2010 with a marketplace-like exchange of alliances, partnerships and acquisitions among the top manufacturers of the new social order.  Of course, these games don't yet offer the full sensory experience that traditional gaming does. But, they're also not designed for old school gamers, and that 's the beauty of the whole social scene. It's a new kind of gamer who doesn't need an all-night gaming marathon, but is happy to catch a few minutes whenever and wherever he can. That's a whole lifestyle-dynamic shift that can apply to many more millions of people who don't live the gaming lifestyle but have slowly been acclimated to gaming by their phone and tablet apps.  Need a yardstick to measure the potential impact of social gaming? Think about what the MP3 did to every other music format. Compressed music may not sound as amazing as the old stuff, but every other delivery system in music is now a niche player. That's where social gaming could be in a year. No more consoles, but a console in every hand in America? That's a game for marketers to play. As you can now watch video on any device, you'll soon be able to play a social game on any device. It's going to be a whole new level of device distraction for consumers, and the biggest game titles in the world are going to scramble to put their games into the hands of the masses. Or, they'll need to optimize their games to fit different devices. Social gaming's rise won't kill the old world order entirely. If our history repeats itself with this new consumption channel, chances are we will simply consume more media and fit it into our already packed personal behavioral bandwidths. Marketers need to ride this sea change. The opportunities are enormous. Couple the scale of the social- gaming landscape with early adoption in things like mobile-payment technologies and we're a short step away from more personalized product placement and the melding of gaming and branding for all kinds of products and services. An audience of gamers raised on in-game virtual purchases could just as easily be moved to social-game-led purchases of physical goods. In the end, the real brilliance of a social-game platform like GREE is its willingness to embrace a global developer-friendly platform than can become the breeding ground for further innovation. Now that 's social climbing for the future. 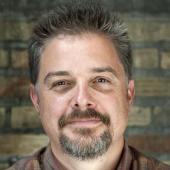 Marcus Fischer
Marcus Fischer is president and chief strategy officer at Carmichael Lynch.
View all articles by this author