How Brands Can Give Users 'Bonus Data' In Exchange for Attention
READ THIS NEXT
You Can't Stop Instagram Bots by Looking. Brands Have to Stop Buying Them

Last week at Mobile World Congress, Telefonica announced that it's testing a plan that will let consumers trade brand engagement for more data.

Ask any Gen Z mobile user about their phones, and one of the first things they'll tell you is that they are overly concerned that they'll use up all their monthly data and are looking for ways to conserve wherever they can. Advertisements, apps and websites are commonly known to suck battery life and impose on data usage, primarily because to date, brands have not properly optimized their platforms for mobile use.

If last year gave us any indication of the future of a connected world, we learned that while smartphone hardware is not expensive, the real cost of entry into the mobile market can be attributed to data. In a hyper-connected mobile-everything world, bits and bytes are the new commodity. If we as advertisers are going to be successful at capturing consumer attention while addressing this consumer concern about increased data, we're going to need to be aware and respectful of usage.

A new ad model is needed

Conversations in early 2015 have looked at new monetization models and the implications for advertisers and marketers who seek to create meaningful experiences for their audiences, when the dependency on internet connectivity is critical. As publishers typically have relied on ad-based models to gain audience reach, advertisers have relied on them as well. However, when a consumer is interacting with a mobile ad experience, a new advertising model may be needed. As demonstrated by Telefonica's announcement, brands could ideally offset their data costs in exchange for consumer interaction with the brand.

We are starting to see these types of moves in the general mass market, with brands like T-Mobile touting "stash your data" plans in order to save unused monthly data. And recently, McDonald's acknowledged mobile data's growing status as a currency and announced it will offer customers in the Philippines free SMS messaging with food purchases.

But it's not just about coming up with a solution for the technology . We need to focus on the consumer mindset and look at the issue through their lens. If we treat data as a commodity and come up with ways to give users a way to offset their data woes, we've solved for a major rational (and sometimes emotional) pain point.

Advertisers are going to have to pay particular attention to the Gen Z consumer and think creatively and strategically about ways their brands can offer "bonus data" to their consumers for spending time with their brand. Whether it's giving them opportunities to watch a video, play a game, listen to music or spend time on a mobile website, advertisers should think about ways to engage consumers that won't count against their data plans. As a reward for engagement, consumers get to conserve precious data.

For example, let's say a Gen Z shopper was browsing the fall collection from her favorite retailer, and after several minutes of activity on the mobile site, she could be sent a notification saying that if she continued to shop, her time and data usage spent on the site would be free for the next five minutes.

Consider downtime at the airport, bus shelter or a waiting room, when consumers quickly turn their attention to their smartphones. Brands could reward consumers by informing them they are in a "data-free" zone and the brand is picking up the tab on the data used while visiting their websites. Or musicians who want to drop their albums via a music-streaming site could offer these downloads as a "data-free" gift to their biggest fans.

The benefit to advertisers is that they not only create some entertaining and exciting experiences for their audience, but they also provide utility and value to the consumer, which in turn helps shift brand perception. Those advertisers who think about consumer needs first will win in this space.

This could be the start of a new golden age of mobile and advertising, much like the early days of soap operas and TV. It's time for brands to start thinking of ways to not only create something useful and entertaining for their audiences, but also address the growing consumer obsession with data -- the new commodity. 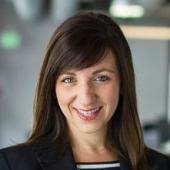