How the Changes May Help Brands if They're Producing Good Content
READ THIS NEXT
You Can't Stop Instagram Bots by Looking. Brands Have to Stop Buying Them
Bernhard Warner
Credit:
If the early reports are anything to go by, there are few winners in Google's now infamous search algorithm revamp from late last month, but many casualties. Traffic is down most everywhere, the story goes, and some publishers are even forced to lay off staff. So soon? How can this be?

Google promised the changes would mercifully relegate content farms, scraper pirates and blatant SEO whores to secondary pages, and, in turn, reward high-quality sites rich in original content. As Google explained, "We believe it's a big step in the right direction of helping people find ever higher quality in our results." Sounds noble enough. Instead, we hear groans that Google's discriminatory spiders are putting a new breed of publishers out of business and they are rewarding the big guys, mainstream media. The Online Publishers Association, which counts many of the world's largest newspapers and magazine publishers as members, reckons the Google algorithm change will redistribute $1 billion in revenue in a great "flight to quality" away from content farms like Mahalo.com, Associated Content and Wisegeek.com. Ouch.

Big media isn't the only one who stands to benefit though. The SEO changes bare promise for the newest of the new breed publishers, too. Yep, I'm referring to brands and organizations-turned-publishers. I've seen the effect firsthand with a client we work with here in Rome, the Vatican. Specifically, the Vatican's travel arm, Opera Romana Pellegrinaggi, or ORP.

In November, we introduced a social aspect to the launch of an historic exhibition of the Vatican Library, co-organized by ORP and the Bibliotheca Apostolica Vaticana itself. On the day the exhibit opened I blogged, Tweeted and posted to Flickr and Facebook photos and descriptions of the ancient texts, maps and manuscripts in the collection that are on display for the general public to see for the first time in the 525-year history of the biblioteca del Papa, as it's called around here. We treated it as a news story and we covered it like one. For good measure, I targeted bloggers and journalists specializing in travel/history/religion with details about the exhibition. They (well, some of them) in turn wrote about it or linked to our blog posts. Today, if you type in the words "Vatican Library exhibit" the No. 3 mention is one of our blog posts, a full page ahead of reports from Reuters, Vatican Radio and other publications that covered the same event.

Now I no idea if Google's new search formula is responsible for bumping up our blog post. But I can see why it might have helped. The post may not be Pulitzer quality, but it is timely (it details that these are the final days of the exhibit), it's thorough and it falls squarely under the category of "service journalism" (it provides links on how to book, what you can expect to see and the significance of this exhibit) and, crucially, it's packed with original reportage including a photo gallery of the ancient texts on display.

If I've read and understood well Google's initial explanation of what gets rewarded under the new system, it would appear we checked all the boxes in this post. I've also seen posts we've written about the Mamertine Prison -- a hellish place of torture and brutal imprisonment during ancient Roman times that is believed to be where saints Peter and Paul were jailed before their execution -- jump higher in the Google rankings since the infamous Feb. 24 revamp.

I'm no coding expert. Hell, I know less about coding than I do about digital marketing. I'm a journalist by trade. I've adapted what I've learned in the newsroom to help companies and organizations understand how to find their journalistic voice and tell a newsworthy story. It usually comes down to staying current, topical, relevant and informative, and, yes, entertaining too. Stick with this basic truism, I have counseled, and you'll be of service to your readers. And they'll come back. I'm pleased to see Google agrees. 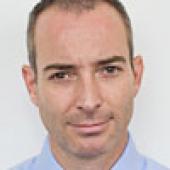 Bernhard Warner
View all articles by this author