READ THIS NEXT
You Can't Stop Instagram Bots by Looking. Brands Have to Stop Buying Them
A screenshot from EEVO's First Look: Artists' VR iPhone app, which accompanies a VR-only exhibition at the New Museum.
Credit: EEVO via iTunes

Are you feeling anxious, frustrated, or overwhelmed by the state of politics today? For many of us, the political turmoil seems omnipresent, looming over everything like a dark cloud. I often find myself looking desperately for a better way to process each day's unfolding events – or better yet, create a great escape for my brain and spirit.

I am not alone in this pursuit to immerse myself in an alternate reality. There is a growing, active, vibrant community of people exploring, creating and sharing this world with me in virtual reality. Emerging from different disciplines, it spans from fine art to filmmaking, gaming to architecture, science to education and fashion to music. User-generated VR content is blossoming, led by people who are seeking new ways to express themselves.

Brands should plug in

For brands thinking about experimenting with VR, a smart, cost-effective strategy is to spend time exploring the burgeoning world of user-generated VR content and social VR. Especially in times of political and societal uncertainty, the role of the brand becomes more important, helping to unearth and elevate new ideas and forms of creative expression. VR is not only a fresh new canvas for individual self-expression, it is a great canvas for brand expression.

Fueling the growth in VR content is a new breed of tools for users. Tools such as Tilt Brush, Medium, Gravity Sketch, Quill and Mindshow do not require any programming skills and are quite intuitive and fun to use. This year, Google even launched an artist in residence program, with 60 multi-disciplinary creators, in an effort to improve and expand application of the Tilt Brush tool. Ultimately, the development of these content-creation tools will be an essential factor in the democratization of VR and its eventual mass adoption.

Earlier this year, the New Museum launched a VR-only exhibition, "First Look: Artists VR," featuring an amazing range of VR content experiences -- from fantastical and serene to social and political commentary. The artists' works are available to anyone via a free mobile app (Android and IOS).

Cosmo Scharf, cofounder of VR creation software Mindshow, believes that like YouTube, which empowered a whole generation of filmmakers, VR creation tools and platforms are empowering a new generation of VR creators, many of whom are explorers just entering the 3D space. Since VR is still so new, there are vast opportunities to experiment and create new content paradigms.

"Old school technologies don't embrace playfulness as much, but this new VR technology is more natural, using the whole body to bring human behavior into digital objects in seconds, whereas in the past it would have taken you hours," says Andrew Deutsch, a new VR animator working with Mindshow.

Deutsch used Mindshow's motion capture technology to create a political VR satire series called "Wait a Second" about a cat and an alien that joke about the political news of the day. For Deutsch, VR is a great way to smile and bring laughter to friends in a time of uncertainty.

Social VR communities like AltSpace, VTime, Anyland, High Fidelity, and the soon-to-launch Social VR platform Sansar, are also enabling people to share not only content, but social VR experiences. Although social VR is still very much in a nascent stage, it is easy to recognize the inherent potential of social media to meaningfully connect with people around the world. (Facebook clearly thinks so, as evidenced by its billion-dollar investment in the space.) And as the medium develops, the potential for collaboration among users, groups and brands in social VR may be able to positively impact the real world.

"The potential for VR is not just to escape reality, but to improve the reality we live in," Scharf says. "VR experiences help you rethink the nature of reality, consciousness and how your brain perceives life and the world. You start to look at the world in a different way and more profoundly question how the world works and why things are the way they are. The physical world may be more flexible and fluid then we have been led to think."

VR is not just a great escape from reality, but can also be powerful resource for reinvigorating our senses and reimagining the world around us. Things we once thought impossible might very well be possible if we start looking at the world as being more malleable and open to change.

While it's still early days in VR, brands that aren't exploring this powerful place, and the people creating content for it, are missing an opportunity. 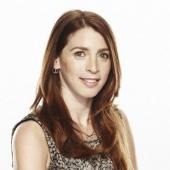 Rori DuBoff
Rori DuBoff is a strategic marketing leader of emerging technologies.
Follow View all articles by this author