What's Really Happening on Facebook (and What to Do About It)

Understanding the Social Net's EdgeRank Algorithm
READ THIS NEXT
You Can't Stop Instagram Bots by Looking. Brands Have to Stop Buying Them
Matt Wurst

Since Facebook made a change to its algorithm back in late September, the owners of many pages have seen a decrease in the reach of their content, specifically in organic impressions. Their complaints have been noted and shared by many industry websites and blogs, but there has been just as much confusion about what is really happening and what we can and should do as a result.

With the proliferation of content being published by a collective billion profiles and 50 million pages, Facebook continually optimizes it's EdgeRank algorithm to determine just who sees what content in their news feed. This algorithm is determined by each individual relationship between fans and pages. If one fan interacts more often with a page's content than another, he or she will see more of the content in the future. Other factors that have an impact are the number of friends that has also liked a page and the type of interaction (photo view vs. comment vs. share). The goal is to serve the most relevant content to each individual.

On Sept. 20, Facebook informed us directly that we could see a decrease in organic impressions on some pages, but that viral impressions and paid media impressions could compensate for the organic decrease. In their opinion, many of the impressions that never drove engagement were useless anyway. Therefore, the decrease in reach would still keep engagement flat or might even result in an increase.

What has happened since has varied on a page-by -page basis. Some have seen a significant drop in reach. Others have not. This past Friday, TechCrunch reported that Facebook insists that average page reach did not decrease, yet other studies claim it has. Those who have seen declines are, obviously, being very vocal. Those who have seen their reach increase or stay the same aren't making waves. They can credit the quality of their content or the power of their paid media strategy.

Because most fans of a page are inactive, and have been for awhile, Facebook has stopped showing them the content in their news feed. It has been deemed irrelevant. Which means that the total fan count was never as significant as many thought it was. We know that the percentage of fans see a brand's content, ranging from 10% to 20%. And only about 1% of fans interact with branded content. Most people confuse which is the cause and which is the effect.

What you should do about it

Facebook isn't any less important now than it was three months ago. In fact, the changes have actually made it easier to both reach and engage fans than ever before. But it does require an evolving your approach. So this isn't about Facebook. It's about you.

Adapt your content strategy. If potential organic reach is really down, the focus on viral reach becomes even more important. Facebook users "like" a lot more things lately. As a result, the weight and significance of each interaction has clearly shifted away from "likes" on individual pieces of content and toward "shares" and "comments." Linking off of Facebook also hurts the viral reach, so the goal must be to create and publish more content that inspires sharing. The more your fans share, the more viral impressions you get no matter how much Facebook tinkers with the algorithm

Change the way your content looks. A year ago, social content creation required less effort. A monthly content calendar full of text-rich posts could be created in a few hours. The right copy could get you a ton of likes. But now, achieving similar levels of engagement and growth will require an increased investment in content creation. Visual content drives the most Likes, comments and shares. Graphic design and even light production support can enhance the quality of the content, driving both reach and engagement, but it will certainly take more time to create than the simple text posts of yesterday.

Get smarter about your paid media. Both the power and the efficiency of paid media have increased as reduced organic impressions have cleared out some space. If the news feed has become a traffic jam of content, paid media has become the HOV lane that lets a select few speed ahead. Our Facebook contacts have reinforced this notion:

"We're trying to push clients into changing their thinking," Facebook told us specifically. "They won't be able to affect the organic reach by that much anyway, perhaps 10% at most. … We are talking to them about the paid aspect and how those ad dollars are driving great returns as well as being able to reach millions on mobile."

And what happens if you don't

Most marketers don't realize just how much content is being generated for Facebook. As a result, it's going to cost more to simply maintain a presence, and even more to growing it.

With so many dormant and inactive fans, paid media is a great way to re-engage them and remind them of why they may have become a fan in the first place. And that requires even better content to hold their attention.

Next year will be one where many brands will have to make a tough choice. Either increase your investment on Facebook, with better content and paid media, or consider whether there are better places to reach your fans with the investment you are willing to make. 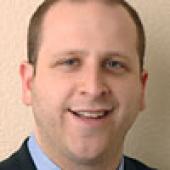 Matthew Wurst
View all articles by this author