Everybody Says They Hate Google, But Why Don't They Show It? | Ad Age
Skip to main content
Sign In Register

Everybody Says They Hate Google, But Why Don't They Show It?

Lots Of Bluster, Then They Put Their Ad Dollars Where They Work
READ THIS NEXT
You Can't Stop Instagram Bots by Looking. Brands Have to Stop Buying Them
Anthony Risicato

It feels like it happens every quarter: Google makes a big acquisition or a minor change to its advertising suite, and the vocal minority come streaming out of the woodwork to say they're done working with the search giant and they'll find another advertising partner. This happened recently when Google announced the AdMeld deal, and publisher partners privately vowed to take their business elsewhere.

Everyone in online marketing, it seems, has a complaint aimed at Google. "Too big." "We don't trust them." "We're scared of them." Marketers however, have overwhelmingly voted with their wallets and are sending a completely different message.

Second quarter profits at Google were up 36 percent this year compared to 2010. That's roughly $2.5 billion, most of it driven by Google's search ad market. Paid clicks were up 18 percent in the second quarter, and the cost per click to advertisers rose 12 percent compared to the second quarter last year. Overall sales rose to $9 billion, so even as the cost per click increased, advertisers continued to buy inventory. Clearly, they hate Google (that 's sarcasm).

Of course, there's a good reason why marketers continue to increasingly spend money. Google commands close to 66 percent of the U.S. search market, so advertisers looking to reach consumers in their active research phase would be remiss to ignore the dominant search engine. Throughout the lean recession times, search marketing kept the digital sector afloat, and the channel still attracts the most spend from marketers.

Even analysts know that no one is going to stop buying Google. The latest Forrester Research numbers predict search advertising will grow 78 percent over the next five years to a $33 billion market. Where do you think a majority of that money will go? I doubt Bing or Yahoo will suddenly surge and overtake the market in the next half-decade, and it's too late for a new player to even make a dent. At the same time, Google's share of the display market will grow to 9.3 percent this year, according to eMarketer.

Yet the drumbeat of negative comments continues. A recent WSJ article sensationally heralded "Google's Share Of Search Market Slipped In August." Wow! But after actually reading the article, the slippage is underwhelming. Google lost 0.3 percent of its market share in August. That's like shaving a whisker off Goliath. Separately, comScore is now comparing search engine numbers based on "explicit core searches" (they might want to work on that naming convention).

If everyone in the marketing world is surely against Google, then maybe they need to start putting their money where their mouth is . Publisher side clients may exit out of partnerships with AdMeld once Google completes the sale, but Google wouldn't spend hundreds of millions of dollars if they weren't confident that advertisers will continue to work with them.

A lot of the grievances you hear focus on the fact that Google lacks any sort of transparency. Advertisers often complain that Google essentially created a self-fulfilling market for clicks. And while it's almost cliché now to say that clicks aren't the best metric for measuring campaign success, advertisers still pay Google on a cost-per-click basis. They complain that they don't know if their ads are truly working, but they cut those checks every month. They grumble about accountability, but it's almost as if they've resigned themselves to the fact that there are no better options.

And maybe there isn't a better option right now in Search. There may or may not be a prime opportunity for another company to come along and eat Google's lunch, but no brand advertiser is going to diversify until someone innovates at the same caliber as Google. The industry needs to look at all the Google complaints – transparency, metrics and accountability – and present a viable alternative. If networks, vendors and agencies can show value in new metrics, then we can defeat Google's culture of clicks.

As a culture, we seem determined to disingenuously penalize success with our words, but not our actions. If this industry wants to prove that it "hates" Google, it needs to do more than publicly complain and privately buy Google. It needs to innovate, experiment and find new ways to improve on Google's already successful model. Companies that solve important marketing problems effectively and at scale win. Period. 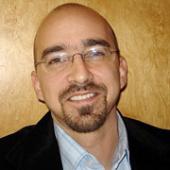 Anthony Risicato
View all articles by this author