Four Strategies for Healthcare Companies to Win at Customer-Centricity
READ THIS NEXT
You Can't Stop Instagram Bots by Looking. Brands Have to Stop Buying Them

We've all seen the ways that Uber, Airbnb and iTunes have abruptly and unceremoniously upended the taxi, lodging and music industries, respectively. You could argue that many other major institutions and industries have followed and are adopting more nimble models that center on, and interact with the customer, rather than dictate to the customer.

However, I'd argue that healthcare companies, particularly health insurance companies as a whole, are sadly lagging behind.

Regardless of which side of the healthcare debate you land, without a doubt healthcare remains critical to most of us. It's become too vital and too expensive not to care about.

Many pundits have been spouting for years that the healthcare industry was simply too massive to change in any significant way. However, with most of the provisions of the Affordable Care Act effective as of January 2014 and a sizable array of choices available to the consumer -- including Medicare plans, Medicaid, employer-sponsored health insurance and healthcare marketplaces -- the industry can no longer operate status quo.

Healthcare is being forced into customer-centricity.

Slowly, but surely, this lumbering Titanic is finding that -- with the rise of network-narrowing and provider-led health plans -- it must move from a purely transactional relationship to a selling relationship, with an emphasis on customer-first.

The oft-cited quote from Sam Walton, the late founder of Walmart and Sam's Clubs, seems very apropos here: "There is only one boss -- the customer. And he can fire everybody in the company from the chairman on down, simply by spending his money somewhere else."

One of the silver linings of these tidal changes (at least for the consumer) is much greater transparency into provider performance and costs, which is leading patients to become more involved in healthcare decision-making than ever before.

If you're a healthcare insurance company, you'd be smart to capitalize on this and give your company a leg-up by placing the consumer at the core of your approach. Don't, and those customers will simply move on.

Some health insurance companies have placed themselves ahead of this curve. According to a recent Harvard Business Review article, the for-profit healthcare company Anthem implemented a customer-centric structure in 2008, and its adoption of customer-centricity yielded a 36% increase in return on assets over the four-year period after the restructuring.

But a "customer-centric structure" is only part of the story.

Oscar broke onto the healthcare scene with the disruptive advertisement: "We didn't start this company because we love health insurance. Quite the opposite, in fact." This health insurance company questioned the standard circuitous web experience and a welcome packet chock full of fine print, with its clean, concise and user-centric web site, slick mobile app and bold, easy-to-understand collateral. Oscar's process of finding a doctor and paying for services has actually been compared to the ease of calling for an Uber.

But there is plenty of work to be done. In the 2015 Temkin Experience Ratings, 10,000 U.S. consumers ranked companies based on their experiences. The health insurance industry as a whole ranked third from the bottom -- ahead of only TV service providers and internet service providers. Coventry Health Care, which was bought by Aetna in 2013, ranked dead last of the 293 organizations in the survey. Aetna itself wasn't too far ahead, tied for the No. 264 spot with five other companies.

In order to achieve the paradigm shift to customer-centricity, I offer four key best practices:

1, Customers are the core. Build a world around them. Relate to your customers as members of an exclusive club. Treat them like they're part of a private community that cares about who they are, and what matters to them.

2. Value every touch point. Even a mundane communication like an "explanation of benefits" is another opportunity to offer members a chance to feel part of something special. Rethink even the most trivial of communications.

3. Connect with warmth and compassion. No one wants to be spoken to from above. The more that you can relate on a person-to-person basis and understand day-to-day struggles, the more you shed the stigma of healthcare heartlessness.

4. Become human again. After all, you're in the business of healthcare for humans, right? Make a nuanced shift from serious, somber and technical language to speaking like a human being, mastering the art of plain talk and eradicating healthcare jargon from all communications.

There is, in fact, no rule that says healthcare companies need to remain stodgy and boring. There is, however, great certainty that the healthcare industry is undergoing massive changes. Even though healthcare companies are in the unfortunate spot of being the last ones to change, there is no reason they can't use this time of chaos to adapt, rethink how they interact with customers and adopt a new approach -- one that puts the customer front and center. 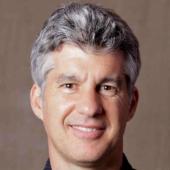