Six Ways to Push Your Brand Down the Road of Success
READ THIS NEXT
You Can't Stop Instagram Bots by Looking. Brands Have to Stop Buying Them
Having already achieved levels of success, Groupon and LivingSocial rely heavily on user discovery, communication, and online advertising to push their brands and names further into the market. In the battle of nomenclature, Groupon may have already won. What's the best way to describe your new daily deal, one deal a day, or social shopping site? For many, the words that convey the most meaning are, "Like Groupon." So if you're a Groupon clone, what is your online marketing strategy?

While LivingSocial and Groupon get a lot of attention for the amount they spend on online advertising, a carefully executed organic search strategy could help young or small daily deal sites acquire traffic within their target markets.

Groupon has 32,000+ pages indexed in Google, and LivingSocial has more than 40,000. For Groupon, more than 100 of those pages are the main entry for a city, like www.groupon.com/los-angeles. However, very little customization has been performed on the city level to rank these pages for location-focused searches. While each city-specific page within Groupon shares the same content and meta information (with the exception of the city name itself and all relevant coupon details), other companies -- especially those that don't have the extensive location directory that Groupon boasts -- can stand out by placing a greater focus on ranking their sites for relevant city-specific search terms.

As AdAge published in September, LivingSocial spent $2.29 million in one month on advertising through Google. Many Groupon clones rely heavily on paid advertising to generate site traffic, and the market for keywords isn't cheap in regions heavily saturated with daily deal sites.

Ad platforms from Google, Yahoo, Facebook, Pandora, and others allow refinements by geographic location, making it possible to set up hyper-local advertising in tandem with hyper-local deals. The generally lower pricing of Facebook ads makes this platform a popular choice for companies looking to grow their lists of subscribers in new or forthcoming cities.

Call it group buying or social commerce, but most daily deal sites are either made or delayed based on the activity of their users. Subscriber lists increase when customers share their finds with friends, and many sites encourage the process by offering incentives to users who convince friends to make purchases. Most Groupon-clones push hard for users to share each deal via any preferred social channel. LivingSocial even works to reach more Facebook users by offering side apps like the list-maker "Pick Your 5" or a visual bookshelf for bibliophiles.

In Missouri, DealBug combines discounts for local businesses with donations to schools and charities of the customer's choice. Would you buy more discounts to restaurants in your neighborhood if a portion of the proceeds went to help your child's school or your favorite local nonprofit? For shoppers, the added layer of value with every promotion could be a distinguishing feature for a lesser-known site like DealBug.

Another discount newcomer, San Francisco-based Zozi caters primarily to consumers who enjoy an active lifestyle. While many of the daily coupon defenders offer deals for a range of different merchants, they're often heavy on the service sector. Restaurants and dining are typically favorites. Deals from Zozi are exclusively for outdoor activities, adventures, and lifestyle experiences. Focusing on a specific niche, Zozi is establishing itself as the go-to site for people who might be inclined to try something new and active, like surfing lessons in California or kayaking in Mexico.

Groupon plays to group buying by requiring a certain number of people to purchase a deal before it "tips," and LivingSocial allows customers to get their offer for free if they can get three friends to also buy it. Another new daily deal site, Homerun, boasts a new set of social fun and games. Members connect with Facebook and then see which of their friends also use the site. They can see the deals that each friend bought, and they can view which other people bought the same offers. Homerun users earn points that they can put towards deals. Earn enough points and you'll unlock the "Private Reserve" deal. Just signed up? There are city deals five days a week. Some deals come with avalanche pricing structures. These avalanche deals are designed to be games for friends; the more friends who purchase the offer, the lower the price goes.

While daily deals are currently hot topics, it's still not enough to put together a discount site for your city and assume consumers will flock to it. As some Groupon clones rise and many fall, we will see which online strategies prevail. 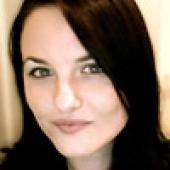 Erin Jo Richey
View all articles by this author