Online Advertising Has Evolved in a Similar Pattern, Whatever the Platform
READ THIS NEXT
You Can't Stop Instagram Bots by Looking. Brands Have to Stop Buying Them
Russ Fradin

Much has been said about the social-media bubble popping, as public companies like Facebook, Zynga and Groupon have lost billions in investor value. Yet, social media continue to be among the most effective ways to reach and engage audiences. If history is a guide, social media are at a stage where the real winners enabling scale and engagement are about to emerge.

I've been around digital marketing technology since 1996, in some of the first companies in ad networks, e-commerce and web measurement. Every one of these spaces has followed a similar pattern as it transformed from simple ideas to fully formed billion-dollar ecosystems.   Entrepreneurs are the first movers, taking advantage of the opportunity before big brands buy in. While these first movers start to figure out a successful model, the next wave of entrepreneurs arrives and builds scalable platform companies, providing the tools and best-practices to enable larger brands to participate and compete with the early entrepreneurs.  After a few years on the sidelines, agencies and advertisers learn from the early successes of the entrepreneurs, partner with best-of -breed technology companies, and start shifting dollars into the new channels. Ultimately, competition drives up prices for the media and crowds out most of the early adopters, while the larger players establish themselves and are able to effectively spend real money, thanks to the toolsets and knowledge cultivated by early advertisers. This kills the early arbitrageurs who paved the way, but raises value for publishers and more traditional marketers while creating an ecosystem of technology companies. This happened in display with early companies like X-10 innovating, proving the value of display but ultimately disappearing as brands were given the tools to compete. It happened again in search with companies like Adteractive and Netblue making enormous amounts of money because they were among the first to understand the value of keyword advertising. This will happen to most of the early social arbitrageurs as well. We can expect social-media marketing to be optimized in a similar way, and the mega trend to watch is cost per engagement (CPE) -- a model where advertisers pay only when users interact with their ad unit. Social media originated with blogs, and exploded through the growth of services like Myspace, Facebook and Twitter. The first attempts at advertising on social media were just an extension of the normal display-ad business, reaching niche, engaged consumers via blogs and a huge audience of consumers on Myspace. Facebook, with its unique data, ecosystem and brand pages, was the first social platform that pushed brands to try a new form of marketing, different from display or search.  Facebook, and later Twitter, promised brands the ability to grow real engagement with consumers. Similar to the forms of media that preceded it, early Facebook innovation was driven by entrepreneurs. While large brands sat on the sidelines, companies like Zynga, Groupon and LivingSocial were building enormous, multibillion-dollar businesses, thanks to well executed social-advertising campaigns.  The successes of these and similar high-growth startups, driven by social media campaigns, proved that Facebook, Twitter, YouTube and others could be a potential goldmine for brands. And brands now see this. We can expect that infrastructure tools will continue to evolve, making it easier for large brands to get great return on investment from social media by going beyond impressions and toward true engagement. This will be great news for Facebook and Twitter, and likely bad news for the early trailblazers whose businesses were based on media arbitrage. The promise of Facebook and Twitter is long-term engagement with the audience.  What brands really need are data to understand what to do with fans acquired this way, and tools to drive long-term engagement with them.  Few companies know what to do once they get those "likes.' Instead of garnering more and more "likes," companies need to capitalize on existing followers/fans and make sure that new "likes" turn into real customer and advocate relationships. 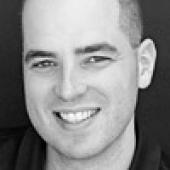 Russ Fradin
View all articles by this author