Four Reasons Why Discovering Something New Is Getting Harder at Event
READ THIS NEXT
You Can't Stop Instagram Bots by Looking. Brands Have to Stop Buying Them

SXSW turned 30 this year, which is quite telling.

The event has truly matured -- for good or bad, depending on your point of view. Of course, people have probably been saying that for at least 29 years -- and most certainly since I attended my first SXSW five years ago.

I've had the opportunity to experience most of what SXSW has had to offer: attending thought-provoking panels (I even led one myself); access to some incredible people, performances and experiences in both intimate and large settings; and some great swag. But the one element that I enjoyed most about SXSW Interactive seems to have vanished. I no longer feel like I am discovering anything new. I italicized the word feel because of course I am discovering new things, but it just doesn't feel like it.

The ghosts of startup launches past haunt the conference. Who doesn't recall that Twitter, Foursquare, GroupMe, Gowalla, Meerkat and Highlight all launched here? While it is certainly true that some of these companies have seen better days (and some no longer exist), the excitement was in the discovery of something that held the potential to be game-changing, and in feeling like you were there to witness its birth.

1. The biggest technological innovations right now are invisible. Much of what's driving innovation today is unseen. For example, to ensure widespread adoption of the next generation of IoT devices, these products will need to seamlessly and quickly connect to one another and the cloud. It's hard to orchestrate a big reveal when there isn't anything to see. This is perhaps why a number of brands, including 3M and HP, opted to create conceptual installations instead of showcasing real, physical products.

2. It doesn't seem like anyone waits to launch things at SXSW anymore. The innovation news cycle has moved from just CES and SXSW to become 24/7 (much like political coverage right now). Startups and established brands alike no longer need to use SXSW as a launching pad. In fact, with so much clutter and competition (from nearly every industry imaginable), it's actually harder to launch at SXSW than it is at practically any other time of the year. As a result, many of the more established brands seemed to manufacture news through either extravagant experiences (i.e., Budweiser's Beer Garage or the McDonald's Virtual Reality Experience) or by making access to their events private and invitation only. If it's private, it must be important.

3. This year it is all about ed and med (and robots). Despite everything that I just wrote above, of course there are lots of companies launching products and initiatives here at SXSW. However, so much of it has become specialized and niche. Today's hot new startups are innovating the supply chain, the classroom, the doctor's office, the retail experience, the farm, AI, and even the hamburger -- all of which are extremely important to you if that's your business. If it's not, then you probably aren't going to experience it.

4. "Innovation" is everyone's business today -- or is it? It's not surprising that most brands want to position themselves as innovative, and one way that many have chosen to prove it is by activating at SXSW. In some cases, this makes perfect sense (I was particularly impressed with Analog by American Greetings and the Fuel Lab by Gatorade), but others left me scratching my head. Case in point: Del Monte Fresh Produce partnered with Gnack to break the world record of "Most people dressed as fruit." Based on the number of people running around 6th Street this week, I think they broke it.

So is it still worth attending SXSW Interactive? If you've never been, then I say yes. But if you already have then I say, maybe. It's simply no longer the requirement that it once was. I'm not sure that I am leaving any more informed or inspired than I would be reading about it from afar.

Having said all of that, I still had a great time. I met and reconnected with many good friends and colleagues -- most of whom, ironically, live in New York City like I do. And Austin is itself an extremely inspiring place to visit. But I (probably) won't be back next year. 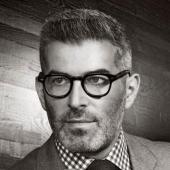