Shine: Consumers Must Look Elsewhere Than the IAB for Protection | Ad Age
Skip to main content
Sign In Register

Shine: Consumers Must Look Elsewhere Than the IAB for Protection

Is IAB Stance on Ad Blocking Making It Irrelevant to Consumers?
READ THIS NEXT
You Can't Stop Instagram Bots by Looking. Brands Have to Stop Buying Them

This morning in Palm Desert, Calif., the IAB is kicking off its annual leadership conference, an event which epitomizes its irrelevance to consumers.

The IAB's response to date has ranged from denial to heel-dragging.

In its continued bumbling of the subject, the IAB banned Adblock Plus, the most popular desktop ad blocker, from the conference entirely, with the remarkable explanation that the conference is "for serious conversation among important digital industry stakeholders."

The IAB did invite one ad-blocking provider, Ghostery, whose CEO Scott Meyer will present on stage with the IAB. Still, Ghostery on stage doesn't make the IAB inclusionary when it banned the biggest ad blocker from the conference. Shine, for one, will not be attending the IAB conference this year.

For those following the IAB's position on ad blocking -- arguably "the biggest boycott in human history" -- this comes as no surprise. Only ten days ago at Digiday's Ad Blocking conference, IAB COO Patrick Dolan took stage to articulate the IAB's thoughts on the subject matter.

Any hope for plans, timelines or substance were quickly quashed by vague statements. The subtext, however, couldn't have been clearer: The IAB is irrelevant to consumers.

Juxtaposing Patrick Dolan were the progressive, honest and well-articulated views of Jason Kint, the CEO of Digital Context Next, a trade organization that represents about 70 premium publishers. (If ad tech is looking for a real ad-blocking thought leader, it should hitch its wagons to him.)

What Jason has vocalized publicly time and time again, and what the IAB is too stubborn to reconcile with, is the real issue at hand: Consumers have had enough, and now have the technological power to draw a line in the sand. Consumers must come first, revenue second. Monetization cannot come at the expense of digital abuse.

While the IAB has acknowledged that it "messed up" and lost track of the consumer experience, its answer has been to create the L.E.A.N. plan, which it remains vague on.

Consumers should have a say in data-for-services
Last week at the DLD conference, European Commissioner for Competition Margrethe Vestager questioned the exchange rate we pay with data for online services.

A few days later came an estimation by the Association of National Advertisers that ad fraud will cost brands $7.2 billion in 2016.

Shouldn't consumers have a choice to exclude themselves from an industry with such extraordinary business practices? Or have a say in the data-for-services exchange rate?

Tackling these questions requires a fundamental rethinking and self-reflection of the ad-tech industry that the IAB doesn't currently have in its DNA.

In 2016, new rules of engagement for online monetization will be reestablished. It doesn't look like the IAB, under its current leadership, will have a seat at the table. 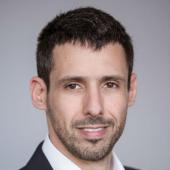