Every year, huge cultural moments seize the attention of our nation and, in turn, the attention of marketers. These events can be placed into three buckets: annual events (like a tightly contested NBA or MLB Finals, or an awards ceremony like the Oscars or Grammys); predictable events (such as TV show premieres or other entertainment events); and, finally, unpredictable events (such as Attorney General Jeff Sessions' testimony from earlier this year, or the legalization of gay marriage).

For brands, these moments are critical to both planned and responsive opportunities, from social media commentary to the timing of larger campaign rollouts or sponsorships.

During such moments, when we flock online and on-screen to absorb and comment on what has happened, a number of established media metrics can be used to gauge just how big a deal it is that we're (all) talking about. Is it trending on Twitter or Facebook? How does it look via Google Analytics? Did cable news dedicate round-the-clock coverage to it? Did it warrant a push notification from your mobile news app of choice? Is it all over late-night TV? And are memes appearing about it yet?

Finally, we move on to our elusive third category: unpredictable cultural events, such as the testimony given by Jeff Sessions and former FBI Director James Comey in relation to the ongoing investigation into Russian involvement in the 2016 U.S. presidential election.

What can brands take away from this information?

First, there is the need to plan shrewdly for the three types of events: the annual, the predictable and the unexpected. While annual and predictable events are manageable as part of a broader planning cycle, brands must keep in mind that they shouldn't jump onto every moment (does your brand have something smart, relevant or important to say?), and that certain moments will have stronger relevance in specific markets (for example, a major sporting finals series will matter far more to the cities involved).

Second, in terms of the unexpected, speed matters most. From a clever tweet to a powerful statement, once the moment has passed, the chance to take advantage is lost. It's always a good idea to keep a small, separate budget at the ready for when these moments strike. (If legal requirements are a necessity, get the process of approval started as soon as the opportunity is identified.) 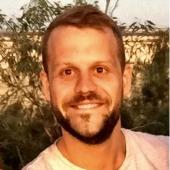 Daniel Carter
Daniel Carter is vice president and director of strategy and creative at Carat USA.
Follow View all articles by this author