Three Steps for Marketers to Build a Memorable VR Experience for Users
READ THIS NEXT
You Can't Stop Instagram Bots by Looking. Brands Have to Stop Buying Them

When we talk about virtual reality, the conversation frequently happens in the future tense. We're discussing a medium that is very much evolving and full of exciting possibilities, but it's always been about to happen. However, with three hotly-anticipated consumer headsets being released this year, the industry is on a track to ship 14 million units in 2016. That means that this is about to be the biggest year for VR yet, and the year when many people will experience it for the very first time.

Right now, the way most people see VR for the first time is in a public place. Even after the release of this year's consumer headsets, VR installations in places like malls and convention centers produced by brands or content producers will still be very much a thing. This is where marketers have an opportunity to create a real connection between a brand and a consumer by creating an experience that is both memorable and positive. The way to do that is to put as much effort into the environment that makes up a VR installation as you put into the content itself.

Sure, people will subject themselves to sitting in an uncomfortable chair, hooked up to a computer in some crowded place while unseen strangers stare at them. People are interested enough in VR to go through that just to see what it can offer. But for many people, this quite understandably brings about some anxiety and a sense of awkwardness. These are not feelings you want people associating with your brand. Instead of letting the technology do all the work, we should channel that interest and that excitement into a truly special experience that viewers feel great about.

Here are three things to consider as you build a truly memorable VR installation:

1. Don't forget to build anticipation. VR is immersive all on its own, but the experience can and should start before the headset goes on. Creating an installation that gives people a sense of the feelings and themes they are about to experience will heighten the impact of the content and allow first-time viewers to ease into an unfamiliar scenario. Just like Broadway theaters dress their lobbies matching the theme of a show, we must create the right setup to increase the anticipation and get the viewer in the right mindset.

One recent example of a brand doing this well is 20th Century Fox's Comic-Con installation that allowed fans to feel what it's like to be "X-Men's" Professor Xavier. Before they entered the professor's mind, viewers were welcomed to an "X-Men"-like set and seated in a wheelchair that helped to control the motion, enhancing the experience by building a physical connection to the visual action.

2. Make it about the viewer. As a marketer, you want to create an experience that supports your message and tells your brand story, but this shouldn't come at the expense of the story you're telling with content. Don't festoon your VR installation with logos or give people the hard sell when they approach. Make it as much about the viewer as it is about your brand and you'll get your message across in a stronger, more seamless way.

3. Consider how those using the headset will look. Using a VR headset for the first time is an unfamiliar experience for many. And like so many first times, there's the chance that people will be anxious that they'll look strange or do something wrong. One way to avoid this is to create a private, totally immersive space for users, keeping them out of the view of others around the installation. This can put first-time users at ease, and create suspense for those waiting.

On the flip side of the coin, some VR creatives are using the viewers themselves as a part of the experience. In the case of a recent installation at Palais De Tokyo, the artist Aramique used avant-garde lucite chairs to position users in unconventional ways that not only enhanced the VR experience for users, but turned them into performers for those around them.

Virtual reality is in such an interesting place right now, and presents so many opportunities for creativity and connection with a curious audience that marketers can use both to their advantage and that of their audience. And with the ripple effect that will happen to increase the reach of VR, it's up to us to make totally memorable VR experiences that are great from start to finish. 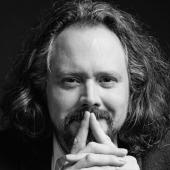 Edu Pou
Edu Pou is chief creative officer at the Barbarian Group.
Follow View all articles by this author