Influencers Are People, Not Media Outlets

Why the Mainstreaming of Influencer Marketing Is Bad for Brands, Consumers and Influencers
READ THIS NEXT
You Can't Stop Instagram Bots by Looking. Brands Have to Stop Buying Them

Twelve years ago I started an influencer agency. I was told I was out of my mind. Leaving a lucrative on-camera position at MTV to move behind-the-scenes seemed mad to most. To me, it was the opportunity of a lifetime. It was abundantly clear that, in a rapidly splintering communications ecosystem, marketers were going to need to wield the power of alpha-consumers if they wanted their messages to resonate. Brands would no longer influence people, people would. They would also need to speak to a new generation that was multicultural, entrepreneurial, savvy, suspicious of authority and obsessed with experience.

It took about a decade, but influencer marketing has finally graduated to the big leagues -- endorsed from the CPG industry to automotive, from tremendous PR shops to historically digital agencies, from the streets to corporate boardrooms and everywhere in between.

And this is bad for brands, consumers and influencers alike.

Earlier this summer, two media and PR behemoths announced a new joint venture designed to ignite "global influencer and brand partnerships that are authentic, measurable and built for long-term engagement." Their language sought to frame the new hybrid agency as progressive, stating to avoid "advertising sponsorship models" of earlier influencer programs and aim towards "earned storytelling [and] lasting relationships."

Herein lies the problem. Unless you're friends with an influencer, the closest you're ever going to get to earned storytelling is through an advertising sponsorship model.

It's impossible to work with cultural influencers without giving back to the culture that created them. Influencer marketing is not about knowing who the right people are, it's about actually knowing those people. Otherwise, brands are simply engaging in a more complicated pay-to-play advertising model that garners cloudy ROI, at best.

On a panel recently, I heard a well-known agency president frame up influencers as "media outlets." This is concerning. These are people. They have projects they'd like to work on. Companies have the budgets to help spark these dreams into becoming realities. Influencers want to work with brands -- but as partners, not as the solution to a set KPI.

It's about expression, not impressions.

The FTC's recent crackdown on paid influencer posts as manipulative is also of note. So far, the federal agency has tackled Microsoft, Lord & Taylor and Warner Bros. (along with their agency partners) for failure to disclose influencer payment.

According to a recent column in Ad Age: "WB and Microsoft (through Machinima) paid influencers to endorse their products. According to the FTC, neither company adequately disclosed to the public that the influencers were being paid for their positive opinions."

There's a glaring warning sign in this sentence. Influencer marketing is not about paying people for positive sentiment. Sure, #sponsored and #ad are great ways around this that will make middle-level marketing managers feel safe. Compliance programs for employees and influencers also protect brands legally (this is why the FTC's investigation into Microsoft was eventually dropped).

CMOs and high-level planners should be wary, however. At the end of the day, working with someone who is willing to post anything for the right price is going to devalue your brand. Influencers willing to be promiscuous with sponsorships are definitely driving impressions and creating reach. They are not, however, building real affinity, sentiment or any of the other buzzword-driven KPIs that truly translate to the most important metric of them all: sales.

There's also a larger, more nefarious issue at hand behind the rush to influence as a tool. The itch to resort to paid influencer programs as a solve for cultural relevance is a symptom of the systemic lack of diversity in the ad industry, as well as a lack of respect for the multicultural and millennial consumers every brand is so anxious to recruit. The consumer base that is most desirable today looks and behaves totally differently than the people running brands and agencies. While diversity is getting better within the advertising space, there's still a tremendous amount of work to do. The resulting solve for this cognitive dissonance -- a group of executives and decision makers who are obsessed with authenticity and cultural relevance but lack the genuine desire to understand it -- is often influencer programming.

Unlike previous generations where the medium was the message, today's consumers control their own narratives. They create better marketing programs simply trying to sell their own personal brands with no budget than most Fortune 500s do with millions. If you can't speak their language -- at best you'll be ignored, at worst eviscerated. Any attempt to speak to them "authentically" without the right cultural guidance will result in the latter.

So, what's the solution here? Simply put, pay respect to the game you're trying to play. Stay out of the influencer space unless you're willing to commit to culture long-term. It's not a solution for every brand, and it doesn't have to be. Agencies and brands that work with tastemakers to create music festivals, art galleries, design ateliers and embark on charitable endeavors with consistency, frequency and scale will continue to enjoy the same results I preached they could 12 years ago. Those who pay for one-off tweets and appearances -- purchasing influence in the same way they would go about buying media -- will not. 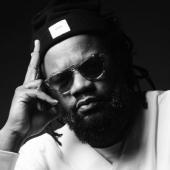 Coltrane Curtis
Coltrane Curtis is founder and managing partner of Team Epiphany, a full-service marketing agency specializing in millennial, multicultural and influencer engagement.
Follow View all articles by this author