July 1 marks the 76th anniversary of the first TV commercial. When commercials originally debuted, they lacked any sense of how to take advantage of the new medium of television. Arguably, it took 40 years before the advertising industry reached its creative apogee. The evolution of TV commercials foretells the evolution of digital -- from the first banner ad, up through rich media and video.

The inaugural TV commercial lasted 10 seconds, occupied one quarter of the available screen space and consisted of a static image with a one-sentence voiceover. While certain technologies, such as color and higher-definition resolution, were unavailable in 1941, what prevented a richer ad from being first? The most significant change was the evolution of creative thought for this medium -- it had only just been born, and like anything effectively organic, would take time to blossom.

The best advertising blends art, entertainment and commerce to drive individuals toward action. The best ads can make us laugh, or cry, give us hope, change our minds in the span of thirty seconds, or via a passing view within a magazine.

The same pattern applies to today's emerging medium: interactive. Technology advancements for digital are proceeding faster than creative talent can evolve and appropriately leverage what is available. We have tremendous power -- including motion and location detection for mobile, and personalization through first- and third-party data -- but our creative talent must learn how to fully capitalize on it all. We will continue to see a lot of attempts fall flat or feel awkward. But, eventually, interactive ads will evoke more emotion and desired action than the best TV ad ever -- just as TV commercials supplanted radio and print in terms of resonance.

A challenge we face with interactive remains the allure of the technology. If necessity is the mother of invention and our medium has few limits, arguably this creates an embarrassment of riches. That which is "cool" or "bleeding edge" supersedes that which creates emotion.

There is no question that digital ads have evolved from their "click here" days, and they have begun to take advantage of situationally-aware interactivity. For example, 20th Century Fox, in collaboration with U.K. broadcaster Channel 4, used data to create a chilling VOD ad promoting "Alien Covenant." In this case, the technology adds to the tension and creative element rather than being the focal point, and it applies best practices in narrative and storytelling. Only at the final frame of the ad, the voiceover directly calls out the individual watching by name, adding to the eeriness and tension for which the Alien franchise is known. Technical breakthroughs in personalization and data collection were necessary to empower this ad, yet the subtle use of this technology maximized effect.

Nonlinear storytelling can immerse the viewer inside a narrative with amazing speed, and leave the consumer with a more memorable experience. Video games first enabled entertainment (and art, according to some) to be interactive and responsive to signals from the viewer (now an actor). Advertising lags behind, but there are some examples where this ability to interact is being leveraged, sometimes to strong effect.

One of the best examples is Honda's split screen ad promoting the Civic. Now nearly three years old, this ad shows the power of creative investment explicitly for interactive formats. It builds two parallel storylines and the interface for interacting or toggling between the two is as simple as pressing the "R" key on your device. The custom-built creative -- built explicitly for the format -- proves how important investment in original content and creative innovation IS to taking these ads to their fullest potential.

Newer interactive and digital ads leverage a compelling combination of sight, sound and engagement. But until recently, nonlinear storytelling remained situationally unaware and completely unidirectional. Interactive has changed both of those components, and will continue to push the envelope of what's possible in digital storytelling in the future, for emotional, creative and engaging advertising. 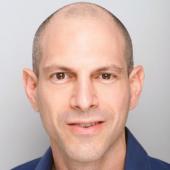 Ken Markus
Ken Markus is SVP of global client services at Innovid.
Follow View all articles by this author