The Key to Engaging Today's Video Audiences: Respect Their Time

Effective Ads Will Give Consumers What They Want, When They Want It, and No More
READ THIS NEXT
You Can't Stop Instagram Bots by Looking. Brands Have to Stop Buying Them

Twenty-five years ago, George Stalk of the Boston Consulting Group introduced the concept of "time-based competition," calling attention to the success of companies that had made timely responsiveness to consumers a major priority. "Give customers what they want when they want it," was the mantra.

A quarter century later, it's still a relevant concept, and, in a world where viewers have more options and the competition for engagement is the fiercest it's ever been, advertisers can adapt it to great advantage. Multi-tasking is through the roof, in a given day, Nielsen estimates, 40% of all smartphone and tablet owners use these devices while watching traditional TV. One in three households now owns at least one TV set connected to the Internet. Thanks to DVRs, Nielsen estimates, nearly 65 million adults aged 18-49 -- and 51 million TV households -- can record TV programs and watch them on their own schedule.

The brands that respect the value of the viewer's time -- and use it to their advantage -- will succeed. They will be partnering with publishers and distributors to reimagine the relationship between the content, the viewer, the device and the environment, to deliver creative that will be effective in each situation and platform.

There are many ways to do this, such as through relevancy and geo-targeting. Another way is to customize video creative into multiple lengths and formats beyond the 15- or 30-second spot, to balance the amount of advertising with the length of content viewed.

Consider mobile viewing as an example. Industry-wide, video consumption on mobile phones has grown faster than PC or tablet video viewing in the last year; Nielsen estimates that 41 million people in the United States already watch video on their phones. Of note, most video viewing sessions on mobile phones are very short. Imagine you are clicking on your phone to watch a short clip of last night's late-night monologue. If the clip is only two minutes long, would you sit through a full minute of advertising first? Would those brand messages be effective? Would you even stick around long enough to watch the clip?

One example of respecting viewer's time as a strategic advantage comes from Miller beer. A few years ago, Miller premiered a one-second ad for its Miller High Life brand during the Super Bowl broadcast. This resulted in an 8.6% increase in sales of High Life the week after the Super Bowl. Another example is Toyota, which successfully engaged the Hulu audience with custom-created five-second ads about the RAV4. With the help of these ads, Toyota campaigns on Hulu out-performed the automaker's norm in metrics.

There is significant work being done to advance the industry.  For example, Hulu is currently testing a new process where we will customize ad units for specific pieces of content viewed on specific devices.  For example, a 30-second ad will be edited down to seven seconds to run with short-form content on mobile devices. .

As advertisers begin to design creative for specific platforms and experiences, we need to ensure that we can accurately track multi-platform measurement at scale. To do so, the industry is working closely with Nielsen and comScore on measurement mechanisms for the changing content world.

No question, the size and scale of traditional TV continues to be extremely important, but as video-consumption habits change, we need to consider new ways to create efficient and effective advertising. The good news is that there has never before been a better time to affect audiences through the power of sight, sound and motion advertising. And the plethora of devices consumers are using nowadays affords an even greater ability for brands to connect with their key audience. In advertising, used well, time can be on your side.

J.P. Colaco is Senior Vice President of Advertising at Hulu. 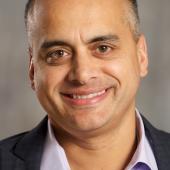 J.P. Colaco
View all articles by this author