Despite Some Winning Efforts, Branded Content Still Has Room to Grow
READ THIS NEXT
You Can't Stop Instagram Bots by Looking. Brands Have to Stop Buying Them

Just a few short weeks ago, I sat in a darkened room in the South of France, pouring over Cannes Lions entries from every corner of the world. With over 1,350 case studies to see, the branded content and entertainment jury room buzzed with energy and inspiration.

So why, for the second year in a row, was no Grand Prix winner selected? How could it be that not one of this year's entries was magical enough to set the standard for the category?

There are two main challenges. First, the category is new, and marketers are still experimenting with branded content. Second, and probably more significantly, brands are still slapping logos on stories that are far more interesting to them than to their audiences.

Despite these challenges, we saw a lot of incredible work, which we celebrated. However, we did not feel that there was one piece of work in particular that should set the stage for the category. Here are four key takeaways from some of the best, along with a few key areas of opportunity:

Brands must now compete with every imaginable stimulus and distraction. This means that branded content isn't an "experiment" anymore -- it's a necessity. A message has to have stopping power; it has to be something a viewer wants to see.

Consider Geico's "Unskippable" campaign, which won a whopping 19 Lions, including a Grand Prix in film. The campaign was entered in the branded content and entertainment category, and we awarded it a Bronze Lion.

But is "Unskippable" really content, or is it advertising? One could argue that the video units ran in pre-roll ad inventory, so they're ads. On the other hand, people loved them and sought them out. They had momentum and buzz. Isn't that what branded content should be?

The jury debated this topic all week. My personal point of view has always been that content is any brand asset that's entertaining and provides a consumer benefit. Did you learn something? Benefit? Feel good? Content should be the stuff audiences want to see vs. whatever they must sit through to get to something else. The industry is having a hard time defining it. Let's just embrace it.

2. Up the ante on execution.

Today, producing great content is a lot harder than it used to be. In the jury room, we celebrated some great work based on simple, human ideas, executed with detail and emotion.

Water for Africa's "The Marathon Walker" was one of my favorites. To illustrate how far women in Africa must walk for clean water, a woman with a canister of water on her head walked the Paris Marathon. That's more than 26 miles.

Despite the task being one that none of us is likely to ever experience, her strength and perseverance were captured in a way that was entirely relatable. Simple and brilliant, with purpose. We awarded it a Gold Lion.

3. Turn people on and they'll sweep you along.

The ALS "Ice Bucket Challenge" is a good model for branded content that works. It took off like wildfire, raised money for a good cause, and broke all the rules of traditional content marketing. No big budgets. No primetime TV. No snake-oil tactics to drive up YouTube views. The videos were entertaining because your friends were the stars. The takeaway? An idea that lets regular people tell and share their own stories, with humor, has a good chance at success. As an aside, the "Ice Bucket Challenge" was not eligible for a Grand Prix in our category, but we awarded it two Golds and it won the coveted Grand Prix for Good.

4. Make sure there's a reason to care.

One of the clearest trends in the best work was the idea of a reward -- and it's not just non-profits that can make people feel good.

"Rabbit Race" was a clear favorite in this regard. In the three days leading up to Easter, MediaMarkt, the biggest consumer electronics retailer in Germany, had 10 rabbits compete in a two-minute race, which was broadcast simultaneously on several TV stations. The winner of the race determined which MediaMarkt customers would receive 50% refunds on their recent purchases. Over 21 million people watched the race, rooting for the bunny whose number matched the one on their receipts. Why? They were entertained and got something in return.

In the end, we came, we saw, we were inspired. Despite the many challenges in the branded content category, we came away with the confidence that the work is getting better and better, and that there may very well be a Grand Prix-worthy entry in 2016. Someone will bring the magic. 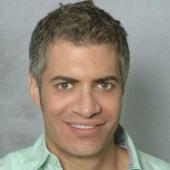