Kickstarter Should Consider Letting Marketers in on Rewarding Donors

Where's the Swag? Brands Could Benefit from Crowdfunding
READ THIS NEXT
You Can't Stop Instagram Bots by Looking. Brands Have to Stop Buying Them
'Veronica Mars'
Credit:

Full Discloser: I am a Marshmallow (a "Veronica Mars" fan). When I first learned of the "Veronica Mars" Kickstarter project to raise funds for the cult movie, I debated cashing in my 401K so I could buy up all the rewards. I settled for the $1,000 level -- rewarded with a ticket to the New York premiere and after-party -- and after leaving the splashy event last month, I was convinced it was the best money I'd ever invested. The only thing that might have improved my experience? Walking out of the party with a Samsung Galaxy tablet [Samsung is a sponsor of the movie].

Once the bastion of forward-thinking startups and entrepreneurs -- Eric Migocovsky famously raised over $10 million for his futuristic Pebble smartwatch -- crowdfunding is now attracting high-profile celebrities and other big names. Actor-director Zach Braff raised $3 million for his "Garden State" follow up "Wish I Was Here." Director Rob Thomas and actress Kristen Bell received over $5 million to fund the "Veronica Mars" movie. James Franco pulled in over $300,000 for a film adaptation of his book, "Palo Alto." One of the many allures of several crowdfunding platforms (CFPs) is the "reward system".

When a person "backs" or funds a project, he or she generally does so in exchange for a reward or experience. The rewards increase in value as your investment increases: A $10 donation will get you a hand-written thank-you note from the company, while a $10,000 donation will get you multiple units of the product being funded or a role as an extra in its first commercial. What would happen if a brand helped increase the value of these rewards?

Samsung is a notable brand sponsor of "Veronica Mars." In the movie, there is nary an iPhone in sight as characters chat and text on their Samsung phones, and a Samsung tablet is featured in a pivotal scene. What could have been better? If Samsung had been allowed to include its tablets in the reward packs for high-level investors, increasing the value of its movie placement with a highly engaged audience.

Under current Kickstarter guidelines, third parties are not allowed to participate in rewards offered by projects. At first glance, this seems like an obvious prohibition. Opening the door to third-party rewards could dilute the fundamental motivation behind being a CFP backer -- investing in something you believe in. The rewards, borne directly out of the project, are not prizes -- they're symbols of your loyalty and (monetary) commitment.

But let's consider the idea from a marketing standpoint. Allowing brands to supplement rewards could entice more people to invest, resulting in even more successful projects with higher investments. That seems like a win.

Brands could view CFPs as a targeting platform. By focusing on projects that share common interests with core consumers, brands could provide contextually relevant, tangible advertising. Backers are, by their nature, early adopters and socially savvy. Aligning your brand with this target audience could produce significant returns through earned media.

If Rob Thomas, Kristen Bell and crew decide to crowdfund a second "Veronica Mars" movie, I'll be first in line to invest. If my reward comes with a tablet, or even a co-branded cell phone cover, I'll be sure to tweet out my excitement and gratitude to @Samsung. 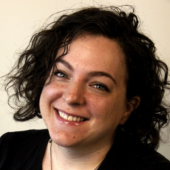 Molly Sugarman
Molly Sugarman is VP-managing director at Treehouse, a creative and innovation service of Horizon Media.
Follow View all articles by this author