Ellen's Oscar Selfie Broke Records, and 'True Detective' Broke the App
READ THIS NEXT
You Can't Stop Instagram Bots by Looking. Brands Have to Stop Buying Them
Many viewers couldn't stream the finale of HBO's crime thriller. Win!
Credit:

How do you break through with your brand in the digital age? Well, there's a new measure for social success emerging -- breaking things. The finale for "True Detective" was so sought after by app viewers that the demand temporarily broke HBO GO. That came just after viewers trying to watch the Oscars on ABC's live stream also hit error upon error, and Ellen DeGeneres' Oscars selfie was retweeted so many times that it "broke Twitter."

"Due to overwhelmingly popular demand for #TrueDetective, we've been made aware of an issue affecting some users. Please try again soon," the official HBO Go Twitter account posted at 10 p.m. that Sunday. Whether HBO is just great at spinning an accidental outage or this possibility was not entirely unforeseen or unwelcome, this sort of thing is going to become a sign of the times.

Are our social platforms and brand apps so flimsy in their foundations that they can't stand a good sustained run of interested, eager fans during peak traffic events? Shouldn't possible outages for obviously high-demand events be planned for?

Yes, but then again, you get attention when the demand becomes "overwhelming."

This is a shape-of-things-to-come moment: The more brands strive to be remarkable and original, which is the key to creating content that spreads socially, the more apps, sites and platforms will falter under crowds. Trending is great, and paid amplification is now the rule of thumb, but remarkable content is what gets it all going. It's what stops you, makes you engage for an extra beat and share what you've found -- the "check-this-out" factor that all brands strive for.

Of course breaking things on the road to success is not that original a strategy -- stars from Pete Townsend to Kurt Cobain to Billy Joe Armstrong famously broke their instruments to end concerts. But, given the fame they achieved, maybe "crashing apps" is a social exclamation point well worth striving for. 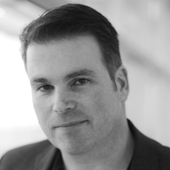