Prediction: Other Media Types Will Soon Flip to 'Programmatic' Buying
READ THIS NEXT
You Can't Stop Instagram Bots by Looking. Brands Have to Stop Buying Them
David Karnstedt
Credit:
David Karnstedt

I believe that all online and offline media – at least the majority of it – will be bought and sold through technology that matches an ad with a person in real-time. Some call it "programmatic," some algorithmic, but most regard it as a process that was once arduous and has now improved dramatically through automation. This switch is already well underway in online display, but in time all types of media will be transacted this way, in part because advertisers will demand it: the media world has become too fractured and complicated as consumer attention diverts across screens and devices.

This system of selling and buying uses real-time, rich data to purchase ad inventory through an exchange. It's important to note that there are various kinds of exchanges – none of which are a comprehensive or one-size-fits all solution. But the debate about how, when, and the impact of this automated process will become a hotter topic in 2013. It has been debated from multiple perspectives, but as I've experienced the evolution of search, and more recently display and social advertising, I believe all signs point to change.

Some consensus suggests that this shift is detrimental to traditional publishers including print and broadcast outlets. The theory goes that they will receive a much lower price for their inventory as marketers buy algorithmically and that they will lack control over which ads appear thus hurting the consumer experience. The New York Times recently cited some of the potential pitfalls as well, noting that "the practice has gained in sophistication and breadth, with major advertisers and many of the world's largest ad agencies creating private exchanges to automate the buying and selling of ads." The train has left the station, and we can expect digital ad exchanges to become even more sophisticated in the future.

I assure you of this: premium buying and selling will never fully go away. However, the tipping point for every medium is demand exceeding supply. Traditional sales models - those based on human-interactions - can't keep up with marketers' and ad suppliers' needs in a rapidly growing and fragmented device environment. The lack of human scale is in part due to data's meteoric rise in digital marketing, dramatically lowering the amount of guesswork needed in planning and optimizing media for both buyers and sellers. It's hard not to choose more accuracy in our work in any situation if given the opportunity.

But another very real, very pervasive fear fuels detractor's fires. What becomes of the people once in charge of buying and selling ad space?

Algorithmic bidding does not render people and creativity irrelevant. I have always – whether at Adobe, Efficient Frontier or Yahoo! - been focused on aiding creatives and executives in their work, not decimating it. By automating some of the process of purchasing media, it takes the time-consuming grunt work and inefficiencies out of the system. This then frees up marketers' time to be used for creative development as well as strategic planning. Agencies and their in-house brand counterparts add real strategic value as opposed to the laborious, tactical process of placing the media buy.

This unavoidable shift to automated solutions will eventually benefit everyone, as precision, efficiency and work at Mach speed is what is expected of us all in the present-day working environment. But I would be remiss in not mentioning that what is also needed for programmatic success is transparency for buyers and sellers and standardized metrics for aggregate inventory.

I've been directly involved in the programmatic buying shifts that have occurred in digital advertising. I saw the old supply and demand conundrum lead to this automated process and the creation of exchanges in the early days of search – first, when I was at Wired and then GoTo.com, which became Overture Services. This disruption gave way to the solution of algorithmic bidding - now a rather predominant solution in search. This did not at all eliminate creative or strategic roles in the workplace. As you can infer by the mere scale of search and display today, automation pushed the industry towards seismic industry growth.

We have seen search go from negotiated toplink sales to auction. Display has slowly followed the lead of search with the advent of exchanges. Newer mediums now develop with a programmatic buying and selling process as standard practice - think mobile and social. Just recently, Facebook announced their own exchange will join the ranks of those of Google, Yahoo!, Microsoft and more. Even video, where we continue to see constrained inventory, is migrating to programmatic buying.

Even some publishers that might have felt threatened by the shift are getting into the game themselves. AOL, which owns and operates media properties, trades ads through its own ad network, Ad.com. Hearst is another great example of a tremendously powerful publisher – one with an almost unmatched legacy in journalism – engaging in programmatic buying while maintaining the integrity of their media properties.

Marketers have huge responsibilities in their current roles to stay in tune with the developing opportunities - a significant challenge given the pace of innovation. They also need to entertain and engage audiences, generating brand affinity. Buying and selling algorithmically is impacting the consumer experience by serving much more meaningful ads that are tailored to the viewer's interests. Making core transactions more efficient so that creativity and strategy are given their proper time is something I think we will all elect to lean on if given the chance.

Where ads land will always be important to marketers. We can't lose that control with programmatic buying. Rather, we need to create a well-rounded buy and sell process using advanced targeting and data-influenced bidding. Removing the friction of buying and selling media and allocating that time towards creative marketing seems like a worthy trade-off. 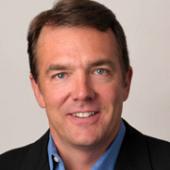 David Karnstedt
View all articles by this author