Legal Lessons for Advertisers and Agencies on Influencer Marketing

FTC's Recent Decisions Shed Some Light on How to Manage Social Influencers
READ THIS NEXT
You Can't Stop Instagram Bots by Looking. Brands Have to Stop Buying Them

On July 11, the Federal Trade Commission announced that it had come to a settlement with Warner Bros. Home Entertainment (WB) over its failure to adequately disclose it had paid influencers on YouTube to promote the launch of a new video game. This, in and of itself, isn't news.

The FTC has made it known that it intends to protect consumers from deceptive social media marketing practices by ensuring that paid endorsements and testimonials are clearly and conspicuously disclosed as being paid. Since September, the FTC has settled three high-profile cases involving Microsoft, Lord & Taylor and WB in pursuing this policy.

What is interesting is how the FTC treated WB differently than Microsoft, even though both used YouTube influencers to promote a product. The differing treatment is instructive for advertisers and agencies alike.

In both cases, WB and Microsoft (through Machinima) paid influencers to endorse their products. According to the FTC, neither company adequately disclosed to the public that the influencers were being paid for their positive opinions. WB settled with the FTC. Microsoft was investigated, but instead of any sanction against Microsoft, the FTC proceeded to commence enforcement proceedings against Machinima (ultimately settling) and took no further action against Microsoft.

Why the differing results?

In its decision not to proceed against either Microsoft or its agency other than questioning the parties about their involvement in the promotion, the FTC indicated that Microsoft "had a robust compliance program in place" and had made training available to employees and its agency. Microsoft and its agency also reacted swiftly once it was aware that its products were being endorsed by paid influencers without disclosures by requiring Machinima to comply with the FTC rules.

Both WB and Machinima settled with the FTC. This means that a lot of information during the investigation is not public information. We can, however, glean a few lessons regarding the use of influencer marketing.

1. If you are going to undertake a social media campaign utilizing endorsements and testimonials, ensure a sufficient compliance program is in place to avoid deceptive marketing practices.

3. Advertisers cannot turn a blind eye to the sins of their agency. It is unclear from the information at hand how many of the alleged wrongdoings were WB's or its agency's. But, the FTC treated the acts of the agency as acts of the advertiser. The FTC dropped its investigation against Microsoft as it appears both it and its agency had made good faith efforts to monitor the campaign and the lack of disclosures were "isolated incidents that occurred in spite of, and not in the absence of, policies and procedures…"

2. Monitoring and compliance may be in the scope of engagement in this new normal the FTC has established. Sell it as a value-add and not a loss leader. FTC settlements have been relatively light so far, but the day will come when a large monetary penalty will be levied. You don't want to be the agency that leads the advertiser down that road.

3. Be careful about subcontracting. At the first sign of trouble, do what Microsoft's agency did and react swiftly and decisively toward disclosure. It will help your client immensely.

New forms of branding and customer acquisition bring with them opportunities and challenges. The recent FTC decisions lay a roadmap on how advertisers and agencies alike can navigate through both. 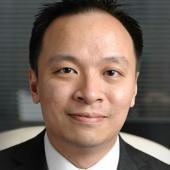 Albert Luk
Albert Luk is VP of operations and general counsel at Jumbleberry, a digital marketing company.
View all articles by this author