Consumer Rewards Will Drive The Next Generation of Mobile Location-Based Apps
READ THIS NEXT
You Can't Stop Instagram Bots by Looking. Brands Have to Stop Buying Them
Noah Elkin

Location-based marketing was always going to be about more than the check-in. But will it be about commerce? With Groupon, LivingSocial, Google, eBay and Facebook in the mix—you bet.

Marketers and consumers began 2010 with check-in fever, but by the end of the year, check-in fatigue set in—the inevitable result of too many competing check-in services with too little in the way of consumer rewards.

The fact is, in their headlong rush into uncharted territory, what marketers and some technologists overlooked was that the check-in itself isn't all that compelling for consumers. Sales, deals and discounts that follow you around, however, are compelling. In other words, marketers should be putting more focus—and experimental ad dollars—toward location-based commerce, and less on location-based novelty.

As mobile geolocation services move towards commerce, you can also bet the most successful platforms will be focused on customer loyalty. The deals that keep consumers coming to the party carry their own dangers for marketers, including the risk of getting customers hooked on discounts, but not the brand. Deals juggernaut Groupon has been phenomenally successful at getting people to pay for time-sensitive deals, but merchants have started grumbling that the foot traffic generated by Groupon is here today, gone tomorrow.

But the check-in could provide a useful trigger for loyalty, too, provided that brands have adequate mechanisms in place to follow through with customers. Groupon recently acquired Pelago, the parent company of the community-centered mobile social network Whrrl, whose "societies" have produced repeat business for marketers that have tapped into them. In adding Pelago-Whrrl, Groupon has signaled its intention to balance its considerable customer acquisition abilities with an equal measure of loyalty.

This tie-up makes sense. Ultimately, the check-in represents a new and promising means to achieving a commonly sought end: building a lasting relationship with customers. And clearly Groupon would like to be the platform brands engage to achieve that. Undoubtedly it will cost marketers something, but if Groupon can be as successful at converting one-time deal hunters into repeat buyers as it has been at stimulating foot traffic, the bargain will be well worth it.

Meanwhile, lurking are two tech giants—Facebook and Google—that have entered the mix as deal merchants. Both boast large user bases and an extensive set of features that already have broad appeal. The addition of deals will only serve to reinforce what are already strong platforms, and, for many brand managers, will lend increased credibility—and likely budget approval—to the idea of launching new location-based campaigns.

Of course, there are other ways to use mobile to deliver online customers to brick-and-mortar stores. Witness eBay's acquisition of WHERE. In contrast to Groupon, which functions on more of a push basis, eBay, with its collection of mobile assets (Milo product search engine, WHERE's desktop site, mobile apps and ad network, and PayPal) looks to be moving toward a pull model to drive offline purchases. If properly aligned, eBay's roster of mobile services could help marketers more seamlessly incorporate location into campaigns, enhance the relevancy of their messages and drive shoppers all the way through to purchase and payment.

Regardless of which service or approach marketers prefer, the larger lesson is simple: You need to think beyond the check-in and start focusing on the checkout; otherwise, you risk being left behind. 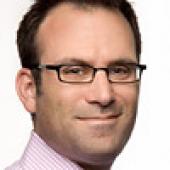 Noah Elkin
View all articles by this author