After Instagram Direct: How Blurring Social-Media Boundaries Will Affect Marketers

In a Bid for Bucks, the Major Social Networks Are Losing Creative Potential
READ THIS NEXT
You Can't Stop Instagram Bots by Looking. Brands Have to Stop Buying Them
Tim Dunn

The introduction of Instagram Direct is further evidence that social networks are moving away from the idea that an app or utility should be born to do just one thing, and to do it brilliantly. While Facebook has long been a multi-purpose service, all the major social networks now are travelling in that direction, which soon will leave us with four or five nearly identical competitors.

This kind of feature-creep is rife among all major social channels. As Instagram shifts from photo-sharing into messaging, Foursquare has moved from geo-tagging to local search. Twitter is as often about image sharing as microblogging. Digital channels want to be all things to all people.

It's alarming how similar they are already. As the chart shows below, the social networks that started out with distinct purposes are merging into a homogenous soup of social, with little to distinguish them except legacy user demographics quickly being diluted by mass adoption. 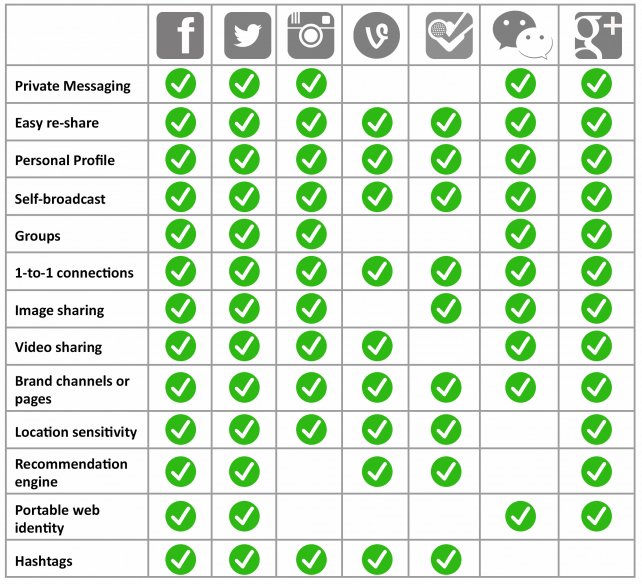 What does this trend mean for brands and marketers? Where once we would define different campaign mechanics that dialed into the behaviors of the different social networks, it's increasingly likely that we'll be able to duplicate campaigns across all social networks with little need to customize.

Ironically it's social media's scramble for revenue that has generated this diminishment of the channel's creative potential. Only so many levers can be deployed to build brand activity, and with all networks after the same advertising dollar, they've all implemented exactly the same product features: hashtags denote campaign participation, location is required for events and discovery, video and images are required for branding, and sharing mechanics are required for viral distribution.

And there's always hope from the wild west of social innovation, with the likes of SnapChat yet to provide a revenue model to match the scale of its user base.

But my view is that we are going to settle into a social media pattern that looks like this:

Major channels such as Facebook, Instagram and Twitter will get more and more generic treatments by the majority of brands as their audiences and feature offerings merge.

Channels as yet unknown may remain an innovative space for marketers to reach forward-looking consumers who are growing increasingly jaded with the new social norm.

ABOUT THE AUTHOR
Tim Dunn is director of strategy and mobile at Roundarch Isobar. 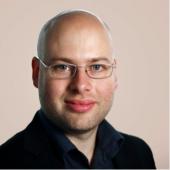