Old Adage Remains True for Online Video and TV Advertising Placements
READ THIS NEXT
You Can't Stop Instagram Bots by Looking. Brands Have to Stop Buying Them

If you advertise online, you demand messaging and branding that leads to increased marketing ROI and a reduced cost of sales. You hammer the point home when planning your campaign: "We must be memorable." And your agency will swear up and down that it's making your brand a household name. But how mindful is your audience, really?

Can you name an online ad campaign?

Brand advertising online too often misfires because it fails to reach people when they are receptive; instead, it lurks at the margins of webpages or leaps out at users from behind a curtain and interrupts the browsing experience and the content the user is already engrossed in.

Which ad experiences can you actually remember? Can you recall an online advertising campaign that grabbed you? Say, a banner, pop-up box or static interstitial? How about the one you saw five minutes ago? Odds are you ignored those messages, as they weren't what you wanted or needed to deal with when they came at you -- they didn't engage and they never will.

How about a favorite online video or TV ad?

Now name a favorite online video campaign or TV commercial. Much easier, no doubt. Not because you wanted to be advertised to while watching Hulu or network television, but because you were attentive. Some advertiser out there managed to speak to you, just for a moment, when you were paying attention, with a catchy ad that we've come to accept and even embrace at times.

True consumer attention is advertising money well spent. In consideration of online video's recent surge: viewers like you (and me, and the 173 millions of others that viewed video online in May, according to ComScore) are more receptive to online video ads than to traditional TV commercials -- and also recall them better. And with online video spend expected to reach $2.16 billion in 2011, according to eMarketer, dollars invested in online video ads don't appear to be slowing down anytime soon.

That's what the Interpublic Group's Media Lab revealed recently, after their researchers monitored viewers for changes in cognition, excitement, and stress on a second-by -second basis. They found that on average, despite constant distractions in both mediums, online video commands higher attention and recall from viewers.

Online advertising would advance by following suit. The best way to achieve memorability is to present advertising when and where potential customers are already paying attention, without taking them out of the experience they've settled in for. Finding the integrated areas online where users are engaged, attentive and primed to remember your brand and messages is a defensible strategy.

In our experience, we know that users are engaged in entering comments, voting, filling out registration forms, logging into a reserved section of their favorite site, and sharing content with others. At these moments, marketers are in pole position to help them increase brand and message recall and affinity, the very thesis of brand advertising effectiveness.

Professor Keith Niedermeier at the Wharton School of Business noted that simple, in-stream interactive advertising that leverages those high-attention moments provides a perfect opportunity for performance-based branding campaigns to work. And performance-based campaigns that de-risk the investment for brands will surely move more ad dollars online.

Moreover, marketers who buy integrated placements are rewarded with engagement rates of 30%, compared with 3% for rich media and a measly 0.15% or less for beleaguered banner ads.

Increasing brand and message memorability is largely a matter of taking a proper lay of the land, where the adage has always been "location, location, location." Publishers, advertisers, and consumers all stand to gain from a renewed focus on integrated placements, where consumers are receptive, attentive and cognitive. TV ads aren't adjacent to programming and rate high for impact. Online advertising has much to learn -- messaging that runs alongside content will continue to be disconnected. 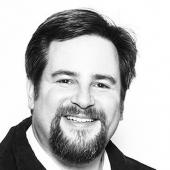