Why Marketers Never Learn From Others' Social-Media Mistakes

Everyone Is Destined to #Fail in the Same Way, Over And Over. Why?
READ THIS NEXT
You Can't Stop Instagram Bots by Looking. Brands Have to Stop Buying Them

Way back in 2006, in the infant days of the social-media economy, Chevrolet launched an edgy marketing campaign for its Tahoe SUV. Tapping into the new collaborative power of crowdsourcing, Chevy asked online folks to create their own Tahoe ads. The reaction and the results were spectacular in a car-crash type of way as anti-SUV campaigners delivered a wake-up call to the marketing industry -- namely that the future of online advertising would be out of its control.

Fast-forward to January 2012 and McDonald's was hoisted by its own crowdsourced petard -- this time a Twitter promotion called McStories that was remarkable for the amount of vitriol anti-MickeyDers managed to pack into 140 characters. Then, just last week, Coca-Cola in Australia got nailed by yet another misguided crowdsourced Facebook campaign asking its "fans" to indulge in some off-the-cuff word association that quickly descended into the depths of frat-house humor.

Do none of these guys read marketing blogs?

The answer is of course they do. But time and time again, that traditional marketer and PR mentality -- dominated by the desire to create an impressive, big bang of a campaign without really thinking how it's going to play out in real time and in an online world where everyone talks back -- lets brands and agencies down.

The story of social-media lessons not learned is the overriding theme of the last eight years in social-media communications and the focus of a new book, #FAIL: The 50 Greatest Social Media Screw-Ups that I've co-authored.

In it we catalog a litany of mistakes and faux pas committed by major companies since 2004, and our conclusion, it has to be said, isn't so much that shit happens but that it happens again and again and again.

In compiling the book we divided the social-media screw-ups into chapters such as Crap Customer Service, Plain Dumb Marketing and PR Asleep at the Wheel. We studied iconic #FAILs like the 2004 Kryptonite lock hack, the 2011 Chrysler Twitter F-bomb that saw a social-media agency lose its contract on the automaker's phoenix-like "Made in Detroit" campaign and Motrin's 2008 migraine brought on by incensed mommy bloggers and tweeters.

At the same time we tried to analyze the real reasons incidents like Maytag's Dooce encounter, Bank of America's fee fiasco and Unilever's Dove Onslaught touched such a social-media nerve. And throughout our research we looked for the lessons that could help advertisers, marketers and PR specialists avoid being the next social-media screw-up.

There are many lessons that can be gleaned from these 50 screw-ups but five broad points indicate why brands get tarred with the hashtag #FAIL:

Eight years on from the first major social-media screw-up, there's now a wealth of best/worst practice to help companies avoid messing up themselves. Just don't bet on it. 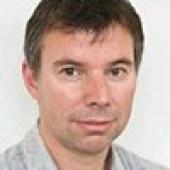