Four Reasons Brands Must Check in to Foursquare. Now

Yes, the Location-Based Service Is Small, but Here's Why Size Doesn't Matter
READ THIS NEXT
You Can't Stop Instagram Bots by Looking. Brands Have to Stop Buying Them
In a study published on Monday, Forrester finds that location-based social platforms are too small for major marketers to concern themselves with. At least for now.

The reasoning Forrester gives is that location-based start-ups are still too small for major marketers to take great advantage of. Regardless of its current scale, here are four reasons why at 360i we're including Foursquare and other location-based social networks in our client thinking today.

Forrester found that only 4% of U.S. online adults have ever used location-based mobile apps such as Foursquare, Gowalla and Loopt. Melissa Parrish, who authored the findings, believes that male-oriented brands should forge the way and other marketers should wait for a larger audience to adopt and embrace the platforms. We agree that male-oriented brands should invest early, but also see the opportunity going beyond these brands.

With 360i clients on Foursquare, we have already seen this highly influential audience linking their mobile social applications to the rest of their social graphs, publishing their location to Twitter feeds and Facebook profiles. And for leading-edge platforms, this is not as small as it sounds. Foursquare has more than 2 million users; Loopt 4 million and MyTown 2.5 million. And these users are influencers who often have wider reach than the Average Joe, so if they post their Foursquare updates to their other networks, a marketer's overall reach can be even more significant.

Research we just released suggests that people are using Twitter to converse with others and reveal many aspects of their daily lives, and as mobile social usage increases, others will pile on after them. Greater scale will come even quicker as digital behemoths such as Facebook, Google and Twitter integrate location-based thinking to their massively successful social products.

Smart marketers should find a balance between spending their consumer dollars on reaching a mass audience with digital, as well experimenting with smaller bets that can pay off in a big way to reach influencers who can help spread the brand message organically. Influence, not just scale, matters.

Despite what you may have heard, there are relatively simple ways for brands to engage with the masses on Foursquare without spending money. Marketers need to think beyond quantitative and consider more qualitative and niche when it comes to using specific arsenals to reach a proper target demographic. This is where location-based social networks are a smarter bet for the more savvy marketers. Coke Zero created a Foursquare account to promote their sampling tour and street-team events on college campuses and at sporting events by sharing updates out to their Twitter followers to terrific results.

It's not just about influencer males: many of the brands working with Foursquare in an official capacity -- Bravo, History Channel, Starbucks, the City of Chicago, New York Magazine and Wynn Las Vegas to name but a few -- are not even reaching out to men alone. They're smartly investing early in the growth of the networks, using them to reward loyalty, provide local details or to provide insider information.

Whether you pay to play or not, those who have faith that their audience will like the product or message will ultimately spread the word about it to their friends and acquaintances. It's a leap of faith for many brands, but ultimately one that other brands will take. So why not be among the first?

Success in sales today, whether it's packaged goods, automotive or fashion, means keeping customers happy. Stores are, well, geographic locations where the products we spend our time promoting are sold. Precisely because of their role in bridging the divide between the real world and the digital world, we're working on innovative uses of these networks to help make the digital less ephemeral.

Given the importance that many brands place on winning battles at the retail level, smart and innovative marketers should be conjuring up location-based campaigns as a value-add to their relationships with the retailers sooner rather than later. In short, it's not only a consumer leadership and innovation argument, but a customer (e.g., retailer like Walmart) argument.

Somewhere around 2006, Facebook opened its membership to those without .edu e-mail addresses and quickly followed up with branded fan pages. At the time, the fledgling social network only had a handful of members. Yet several brands were happy to oblige because the barrier to start a fan page was very low. There was no cost, they could engage the hardcore fans in a tight-knit community with two-way conversation and these brands could use the network for instant feedback. Brands that invested in Facebook early on have reaped the rewards.

If Foursquare was last year's Twitter, companies like SCVNGR and StickyBits are vying to be this year's Foursquare. And major brands aren't hesitating to work with them.

The sooner you get involved, the faster your influential fan network can go to work on your behalf and the more you can ultimately reap from these bleeding-edge platforms. 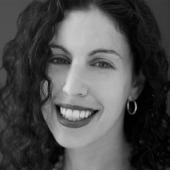