How Mastering 'Stock and Flow' Will Boost Your Content Strategy

A Simple Metaphor For How Media and Brands Can Better Engage Audiences
READ THIS NEXT
You Can't Stop Instagram Bots by Looking. Brands Have to Stop Buying Them
Noah Brier
Credit:
Noah Brier

The idea of "buying media" always struck me as a bit odd. If anything, what brands have been doing is renting: Paying the media owner to borrow the audience's attention for a short period of time. In the pre-internet days, rental was pretty much the only game in town and that was just fine.

But then the web came along and started to play with the economics. All of a sudden you could pay once and message continuously. (Think: Brands buying fans on Facebook.) The thing is , because of the peculiarities and rates of audience rental in traditional media, brands (and agencies) are built for campaigns instead of sustained communication.

So what happens after the campaign? What's the model for creating content on a sustained basis? Let's start by looking at a successful (non-brand) publisher.

Earlier this year Gawker.com and its family of sites underwent a massive overhaul. Gone was the familiar blog format, replaced by two columns, giant photos and little flame icons. Also gone, temporarily at least, were many of the pageviews and visitors.

But this wasn't purely about aesthetics. Gawker's redesign was a self-admitted move away from blogging as we knew it. "It represents an evolution of the very blog form that has transformed online media over the last eight years," explained Gawker's chief Nick Denton in a manifesto published on the company's Lifehacker site. "The internet, television and magazines are merging; and the optimal strategy will assemble the best from each medium."

It represented more than just that , though, it was also an acknowledgement of the current state of content on the web: the move to "stock and flow," a metaphor coined by Robin Sloan, formerly of Twitter (and the blog Snarkmarket). Stock, Sloan explained, "… is the durable stuff. It's the content you produce that 's as interesting in two months (or two years) as it is today. It's what people discover via search. It's what spreads slowly but surely, building fans over time." Flow, on the other hand, " … is the feed. It's the posts and the tweets. It's the stream of daily and sub-daily updates that remind people that you exist."

Scoops and great storytelling are stock: They bring in new audience.

But days need to be filled and audiences need new content or they'll find somewhere else to do their refreshing. That's where flow comes in. Flow is pieces of content, produced rapidly and at a low cost.

Curated content is flow: It keeps people coming back and keeps a publisher, or brand, front-of -mind.

When it comes to brands, this model becomes especially interesting. Traditionally, brands have been quite good at creating stock content in the form of ads and some of the more forward-thinking ones have found really interesting ways to translate that capability to beautiful web video and interactive experiences. While that 's great for short bursts, creating a sustained messaging strategy requires a combination of both stock and flow: longer-form, higher-quality content coupled with the quick-hit links to other interesting and relevant content on the web.

For years, marketers have fretted over their optimal campaign media mix. Today, they need to strive to find the balance between stock and flow if they want to sustain engagement with their audience. 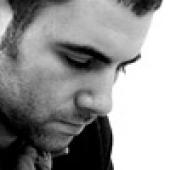