Meet the Startups About to Revolutionize Mobile Loyalty Programs

From Shopkick to Belly, Punchcard to Foursquare: Get Ready for Big Changes at the Register
READ THIS NEXT
You Can't Stop Instagram Bots by Looking. Brands Have to Stop Buying Them
Adam Broitman

A renaissance in the customer loyalty program has been long promised, but so far the reality has failed to live up to hype . Mass-adoption of smart-phones and the availability of location and social data mean the consumer loyalty program is ripe for a makeover but so far programs haven't really taken off with consumers and merchants.

That's about to change and I believe the next twelve months will be critical in the growth of the mobile loyalty program. Before I explain why, here are some key platforms, some already getting to scale and others still in the garage:

The limiting factor for mobile loyalty programs has not been the handset. While handsets have drastically improved over the last few years, the technologies powering many of the aforementioned platforms are not new. We have yet to see the widespread adoption of cutting edge technologies such as near-field communications or NFC.

Enabling Factors
Over the past few years a number of factors have lead to the growth in mobile loyalty programs, despite the widespread adoption of NFC:

Bring On the Social Graph
The final component driving the onslaught of mobile loyalty is the widespread integration of Facebook (and to a lesser extent Twitter and Foursquare's) social graph. As brands get better at forging relationships with their customers in social environments, they are becoming more sophisticated and increasingly capable of running effective sCRM programs (social customer relationship management). As social media and mobile distribution converge, the ability to scale mobile loyalty programs becomes much simpler.

Bottom Line
Merchants cannot work with every platform and consumers cannot be expected to have an app for every loyalty program. Over the next year we will see consolidation in this space and who knows, it may not be one of the players mentioned in this article. The winner may be a financial institution or a company we have not heard of yet. One thing is certain, the winner in this space will win based on a simple and elegant user experience (I am not betting on QR codes as the simplest solution) and ubiquity. With that in mind, it is important to watch this space, as it is very dynamic and will be very lucrative for marketers. 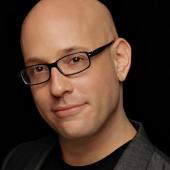