Missing U: Why Uber Should Have Rebranded With Help from Users and Drivers | Ad Age
Skip to main content
Sign In Register

Missing U: Why Uber Should Have Rebranded With Help from Users and Drivers

Company's Rebrand Left Out Some Important Audiences
READ THIS NEXT
You Can't Stop Instagram Bots by Looking. Brands Have to Stop Buying Them

This week, people who updated their Uber app were surprised when the trusted Uber "U" logo was replaced by a new Uber.

And it didn't take long for the Twitterverse Uber-backlash to begin.

In all fairness, people can often act like cats. They resist change. It can be scary, and it takes some time to adjust. Social media is the go-to forum for expressing immediate reactions; time will be the judge of whether the Uber rebrand hoopla will go the way of New Coke or Old Spice.

But people's immediate reaction may be a symptom of something about the rebrand that isn't connecting with Uber users. A clue to this disconnect is found in this Wired article, which describes how Uber's founder and CEO, Travis Kalanick, worked with a small internal team to update the company's image. Here's an excerpt:

"Kalanick is not a designer…Yet he refused to entrust the rebranding to anyone else. This was an unusual decision. Most CEOs hire experts — branding agencies that specialize in translating corporate values into fonts and colors — or tap an in-house team. Not Kalanick. For the past three years, he's worked alongside Uber design director Shalin Amin and a dozen or so others, hammering out ideas from a stuffy space they call the War Room."

For companies, especially big ones like Uber, a rebrand is not something to take lightly -- it's a company saying to the world, "That was us then, this is us now, and to reflect our evolution here's our way of conveying it to you." Love it or hate it, Kalanick and his team certainly put a lot of thought -- and time -- into making the Uber rebrand a reflection of the evolution of their company.

"Our new look and feel celebrates both our technology and the cities we serve," Kalanick explains on the new Uber brand site. "This updated design reflects where we've been, and where we're headed. The Uber you know isn't changing, our brand is just catching up to who we already were."

But in terms of the rebrand itself, and its importance, imagine for a moment if Uber had expanded that inner circle and consulted its most important assets -- customers and drivers. Working with actual Uber users to test branding and logo concepts, and gather feedback and ideas. To understand their lives, and how to rebrand around them. To draw inspiration from the people Uber serves, and partner with them to bring that inspiration to life.

According to reports, regional Uber office leaders worldwide were given "mood board" concepts to review. From there, the company designed region-specific color palettes that offices around the world can use for their own marketing initiatives. What it appears Uber didn't do, however, is work with customers and drivers living and working those regions.

And that might be the missing ingredient in this rebrand. C Space research has shown that the companies that genuinely "get" their customers are best-positioned for sustainable growth in today's uber-competitive (pun intended) marketplace. If Uber had invested in them, perhaps its rebrand would have been better received. The new logo and design scheme might have immediately elicited emotion and resonance, not anger and bewilderment.

Cynics say the new Uber is a distraction, a chimera to veil the company's lawsuits and fair-wage issues. And, no matter what the rebrand, everyone fancies themselves a critic, a branding expert.

But the point is, a lot of people are scratching their heads. Some even want that "U" back. They don't feel like they know this new Uber. Because there's an underlying sense that this new Uber doesn't really know them.

Meanwhile, Uber will continue to evolve further into its new brand identity. As the company matures (after all, it's only been around for six years) and introduces new services and technologies to make people's lives better, it makes sense to bring those people into the "War Room" -- at the bare minimum, to get some of that "U" back. 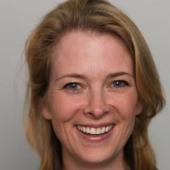