Don't Like That Mobile Ad? Shove It Aside (For Later)

Why Brands Should Consider 'Save-for-Later' Buttons on Mobile Ads
READ THIS NEXT
You Can't Stop Instagram Bots by Looking. Brands Have to Stop Buying Them

Imagine you're on your tablet, focused on securing a dinner reservation and concert tickets for your girlfriend's birthday (which is tomorrow), and you see a banner ad showing a great deal for tickets to an NBA game next month.

What do you do? Tap the "X" to close the ad, so that you can complete your task without temptation staring you in the face? Or do you go for the deal -- even if it means going down the rabbit hole to other sporting-event deals and never actually making those birthday plans?

This situation happens a lot, and not just in advertising. Multiple times a day, we are interrupted by some sort of content or message, but our immediate reaction is not, "This is entirely unwanted," but rather, "I can't deal with this right now."

As our digital content choices exploded and media consumption became more fragmented, it was clear that consuming or "dealing with" everything that came across our path was impossible, and an effort to do so only resulted in a landfill of unfinished tasks. We've learned to cope with it by using bookmarks, playlists or apps that store content for time-lapsed consumption, like Pocket or Instapaper.

Back in the ad world, someone did come up with a solution for saving coupons or deals for later: a JavaScript API that allows consumers to click on mobile ads (display, search) containing special offers -- like those NBA tickets -- and save them directly to the native wallet app on Apple and Android devices, to open and use later, such as when they are near or in a retail store.

Now if the innovation stopped there, plenty of brands would still be happy. Beyond ticket sellers, there are big-box retailers, grocers, CPG brands and fast-food restaurants that could leverage this ability to deliver value-add content in the form of coupons and offers directly to users' mobile wallets. Adoption is already fairly high -- at least four out of every 10 U.S. companies with 100-plus employees will have used mobile coupons for marketing purposes by the end of 2015.

However, to understand the real potential of a save-for-later button on ads, we have to expand our definition of a valuable ad beyond mere coupons. First, when you look at consumers with higher levels of household income -- which for many brands is their target group -- you won't find as many heavy coupon users, and certainly fewer "enthusiasts." Second, coupons don't apply to some of the industries that are heavy spenders in mobile, such as financial services, automotive and pharmaceutical.

But why would mobile users save an ad that wasn't saving them any money? The answer is, there would have to be some other sort of value. That value could be:

1. Time. Heavy mobile users are notoriously short on time, and they often value convenience and ease above other things, like cost. If the ad contained location information or store hours that users knew they would not have to look up later, they might store it. (Here it's important to note that if the ad offered efficiency, such as setting up a reminder or adding an appointment to a calendar, that functionality might interest them also -- though it would not be connected to the wallet, but rather their notes or calendar.)

2. Entertainment. How likely are you to view a movie trailer on your phone as you are on the street, hunched over, frantically searching for something you need? Not very. How likely are you when you're in "lean back" mode, chilling on your couch on a Sunday afternoon? It's different, right? Now couple that with that movie coming out next month, as opposed to next week. That's an example of how you might save it now because you're interested, but go back and view it later as it becomes more "real" to you. The same goes for ads that are creative enough to be entertainment themselves. Find an ad hysterical -- or even just clever enough to view twice? Just save it.

So does this mean that mobile users are going to be jumping to save ads instead of closing them out? Maybe not. But the technology could ultimately deepen to become functionality that is embedded within an advertising software development kit for mobile apps. This would mean that mobile publishers could potentially insert the storage container for ads within their own app, instead of pushing it to wallet. And if multiple publishers do this, a single user could have that personal container active across several (or all) of their apps.

Best of all, with this kind of structure, instead of searching or scrolling through a pile of mobile-wallet content, the user could access the saved ads faster via the publisher's in-app navigation, taking advantage of the speed of a mobile user interface. Ideally, they would be able to create and personalize the categories (e.g., movie trailers, grocery coupons), much like they do now with folders in a desktop environment. That kind of stitched-together, cross-app mobile experience is how we can -- and should -- be using our phones in the near future. 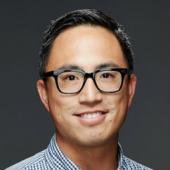