Is It Hardware, Software, a Service or Something Else? All of the Above.
READ THIS NEXT
You Can't Stop Instagram Bots by Looking. Brands Have to Stop Buying Them

If there's one core truth in the world of branding, it's this: A brand isn't a brand if it doesn't have a name.

Nike. Twitter. Starbucks. Apple. No type treatments. No colors. Just words. In fact, all four brands erased their names from their logos, products and more, yet all are still referred to by just one thing -- their names.

Contrary to much conventional wisdom, naming is not a game of luck, chance or wit, and this is especially true in the supersaturated world of technology. It's a creative, strategic and litigious land grab that, like death and taxes, has one certainty: When all is said and done, the preternaturally particular lawyers at the U.S. Patent and Trademark Office (USPTO) hold all the cards. Without their approval, a name will simply never be a brand. And that's because naming is serious business. On Nike's 2015 balance sheet, as just one example, its names -- which are characterized as "indefinite-lived trademarks"-- were valued at a mammoth $281 million.

This puts lots of pressure on finding the right name, especially for tech. Naming for tech used to be relatively "easy" because the playing field was fairly limited -- technology was largely either hardware or software, which are two different classes of trade when it comes to the USPTO. With the evolution of technology and the advent of the internet of things, however, the soupy mix of hardware, software, health, finance, home controls, connected cars and more means that a watch can now be a phone and a phone can now control a home's heating and a home's appliances can now communicate with each other, and so on.

This complicates the naming process because a name for a connected car app that lives on a new smartwatch, for example, has to "clear" more than the hardware and software classes of trade. The list of classes could now include watches, jewelry, software, hardware, telecommunications, health, security services and more.

This all means that companies must sometimes file inelegant names like "RideWith by Waze," which Google filed on June 29, 2015, or "ZZZ Samsung SleepSense," which was filed on September 5, 2015. Such unfortunate names are a direct result of the trademark "class warfare" that namers fight each and every day.

It's not just class warfare that makes technology naming so difficult. Names are very much like real estate, and every company wants to find the perfect lot that's ripe for development. Apple was lucky to find an undeveloped parcel in "Retina." Now, no one else can own that name vis à vis display screens simply because of the way Apple filed the name with the USPTO -- just "Retina" and described, among other things, as "computer display screens." Due to this highly strategic approach, there will never be a "Microsoft Retina" screen. Or an "LG Retina" screen. The only "Retina" screen that will ever exist is from Apple.

In contrast, on January 4, 2016, Fitbit filed an application for the name "Fitbit Blaze." This is the same approach that Amazon took with "Amazon Fire," which is the official USPTO-recognized name. One thing this comparison illustrates is that very little naming real estate is left to explore because so many real words are already taken. The result means that companies are often relegated to filing names that have very little distinction in terms of literal meaning. Is there really any difference between "Blaze" and "Fire"? No. Are they strong names? Not as strong as Retina.

The fact that so many names are being filed for so many new uses in so many classes now means that it's much harder to find the hidden, undeveloped lots -- like "Retina" -- that can be owned outright and walled off from everyone else. Just like in Manhattan, there's no more cheap naming real estate.

And the class warfare is just beginning. 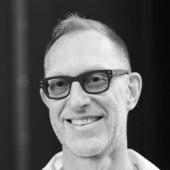