Analytics, Targeting and Skeptical Consumers Are Top Barriers to Native Ads
READ THIS NEXT
You Can't Stop Instagram Bots by Looking. Brands Have to Stop Buying Them

The chasm between editorial content and advertising is shrinking, but the waters aren't completely muddy yet. The New York Times' first foray into native print advertising in November through its elegant eight-page ad for Shell signifies a broader industry trend toward long-form native content. Traditionally, advertising has been siloed from editorial, with brands purchasing ad space alongside relevant content. That's the best brands could do with the limited number of marketing options available.

Now, with the rise of native, some brands are attempting to integrate their messages directly into content, with the look and feel of an editorial piece. The native ads of today are significantly surpassing the advertorial ads of the past, visually and functionally, as a new vehicle to engage with consumers.

Given the novelty and aesthetic quality of native ads, they're generating significant buzz in the publishing and advertising worlds, but native ads are still in their infancy and won't overtake traditional ad approaches for several reasons.

First, the analytics for native ad approaches are lacking and haven't fully matured to what advertisers have come to expect with traditional campaigns. Second, audience targeting isn't refined enough for native to steal the ad spend currently dedicated to digital. And third, overall sentiment points to the fact that educated consumers are increasing skeptical of native approaches because they don't want to feel tricked into reading oblique pieces about products or brands in editorial stories.

Having a clear dividing line between editorial and advertising content intuitively helps people trust the journalist integrity of content they are presented. If people trust the source, they read more, and this attracts advertiser dollars.

While many believe the future of advertising hinges on companies' ability to seamlessly integrate branded, relevant experiences into publications, native advertising is still in the early stages and needs to be significantly refined before gaining the trust of consumers and advertisers alike. Native is certainly here to stay, but publishers need to strike the right balance to address these concerns and help it evolve to the next level.

Over the past couple of years, publishers have been exploring new business models and testing the native advertising waters. Forbes's Brand Voice, for example, is a native platform that allows companies to publish long-form content. Hugely expensive for brands, the platform is now set to account for 30% of Forbes's ad revenue in 2014 and is currently utilized by corporations such as Oracle, IBM and Symantec.

Yet even as these big brands jump on the native ad train, it's difficult to tell if this approach is working or delivering significant ROI. Given the hype and controversy around native, part of what actually drives brand awareness now isn't the native ad itself -- it's the publicity that surrounds it. The native approach is still so novel for consumers that it's difficult to tease out whether native ads or the press surrounding these ads really drives awareness and moves the needle for brands. As native ads become more prominent and commonplace, we'll have increased data around their impact on brands and publishers. This data is imperative for native ads to become a crucial part of a coherent advertising approach rather than a fading innovation.

Cutting through the hype

The New York Times' Shell Ad garnered national coverage in several industry publications. If Shell saw an uptick in leads, SEO and brand awareness, it's tough to attribute those results solely to the ad itself. Though publishers are gaining a handle on how to integrate great content that's branded, there isn't a coherent set of metrics that proves the overall impact of native ads on brand awareness or sales leads. While ROI can be difficult to determine with any ad spend, it's particularly problematic with native, since part of the awareness comes not from the ad itself but from PR hype.

In addition to existing in relatively uncharted territory, native ads currently only appeal to a very niche market, accessible through innovative publishers who are willing to push the boundaries in how advertising and editorial is delivered. The approach is generally only available to large brands due to the investment that, in many cases, can cross into digital/multimedia marketing budgets. Native ads are still a risky way to use ad spend. But it won't always be this way.

With amplified emphasis on analytics and increased standardization of native options available, we'll see an expansive shift toward native long-form content in the years ahead. As the novelty of native for brands and consumers dwindles over time, it will be easier to standardize success metrics, including impressions and engagement, allowing native ads to become a standard offering across publishing channels.

With the added emphasis on metrics, there may certainly be a downside, since these campaigns won't get quite the same PR buzz as before. But when accessibility, standards and analytics for native ads improve, that's when the advertising paradigm will change toward a truly integrated media strategy. While native advertising may still be in its nascent stages, I commend the advertisers and publishers pioneering this space. Native advertising has the potential to revolutionize our current conception of an integrated media strategy -- and may very well do so in 2015. 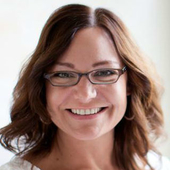 Selina Petosa
Selina Petosa is founder and executive creative director of Rational Interaction, a full-service creative ad agency based in Seattle.
View all articles by this author