The Real Opportunity For Content Is Web Series, Which Can Benefit From Facebook's Engagement
READ THIS NEXT
You Can't Stop Instagram Bots by Looking. Brands Have to Stop Buying Them
Kevin Skobac

As Facebook continues to grow its user base worldwide, entertainment companies are increasingly trying to find ways to use the platform as a new form of TV channel with unprecedented reach. Both major TV networks and Hollywood film studios have previously allowed people to watch their content via their Facebook pages, including paid video trials such as Warner Brothers renting its "Dark Knight " film from its ultra-successful "Batman" franchise for Facebook credits.

Unfortunately, for WB and others, no early tests of traditional companies pushing their content on Facebook have registered any real success. Audiences simply don't seem interested in watching long-form, lean-back content wrapped in a Facebook environment (though augmenting traditional TV with a second-screen social context is another discussion).

But new Web-only entertainment creators can succeed where big media failed. Here's why: they're producing video content that differs significantly from the classic TV model. First, each "episode" is typically much shorter, commanding less of a singularly focused, lean-back experience. Second, outside of the normal broadcast schedule, users aren't trained to "tune in" or remember when the next episode will be ready for viewing. Facebook can help content creators meet these challenges in ways that would drive more interest, engagement and repeat viewership.

Push notification systems
Typically, Web-only video series are discovered via recommendations through press or friends, but then suffer steep drop-off in eyeballs for the 2nd episode. This occurs typically via both standalone Web sites as well as YouTube. Hundreds of millions of people, on the other hand, return to Facebook every day. Video series can take advantage of news feed posts, event invites, and top-bar notifications to inform viewers every time a new episode or piece of content is released. In this manner, shows will be able to command much more repeat tune-in than typical Web fare. Shows can also easily fill in the time between episodes with goodies like extra footage and cast interviews in the same tuned delivery system that new episodes flow through to keep viewers interested during down time.

Personalization capabilities
Facebook has an immense amount of user data accessible through its APIs that have been leveraged in interesting ways within content. Advertisers and musicians have already been pushing the boundaries of personalized experiences in exciting ways (see: "The Wilderness Downtown" or "Take This Lollipop"), but original content producers have, for the most part, not taken advantage of the opportunity until recently. AOL's new Facebook-only show "AIM High" launched with a unique feature that allows viewers to login with Facebook Connect to view a more personalized version of each episode. After connecting, viewers may notice their own faces on posters in the school setting, or even find themselves running for high school class president directly within the plot of the show. While these personalized elements are superficial so far, it's easy to imagine future shows with much deeper integration. For example, a show could find a way to turn the viewer's friends into the suspects of a mystery, driving much more engagement and viewer loyalty.

Parallel conversation streams
Newer short-form content series like "AIM High" also seem to benefit more from integrated comments than long-form content can. With episodes no longer than 5-10 minutes, the plot of "AIM High" is always in flux, leaving room for speculation and discussion. The comment box isn't just a place to voice love or hate for the show, rather it becomes a real-time discussion of what's taking place and what could happen next. Facebook's commenting system also allows discussion to take place both on the show page and within people's news feeds, providing more seamless conversation both when viewers are watching the show and afterwards. 3rd party apps like GetGlue and IntoNow are starting to provide this parallel conversation stream via a second screen, but no companies in this space have yet been able to tie the discussion as close to the content as a Facebook-viewing platform can.

As all content consumption becomes hyper-connected and on-demand, even the major TV networks are quickly noticing the need to evolve in order to meet consumer wants. It may not be as easy for them as it is for digital pure-plays like YouTube, Hulu and Yahoo! (all of which announced a full slate of Web-only shows during this year's television up-front), but they have to be as vigilant in breaking through. Everyone is experimenting with the most effective way to attract and keep audiences for this new form of content. Facebook, with its unmatched notification system, personalization capabilities and conversation tools, could be just the solution everyone is looking for. 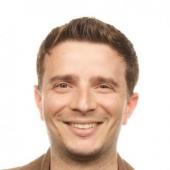 Kevin Skobac
Kevin Skobac is senior VP-digital strategy and innovation at SS+K.
Follow View all articles by this author