How Netflix Can Right Its Wrongs and Dominate Online Video

With An Ad Model netflix Would Net Hundreds of Millions in New Revenue, Eat Hulu's Lunch
READ THIS NEXT
You Can't Stop Instagram Bots by Looking. Brands Have to Stop Buying Them
Mark Trefgarne

Netflix has been a household name for years, expanding its basic DVDs-by -mail business model with a rapidly growing streaming service that lets consumers view content on demand. This past July, the company made a clear indication of where it thinks its business is going by splitting the two services.

Consumer feedback was so negative that Netflix reversed the decision to spin its DVD-by -mail service into another company called Qwikster, but it still unbundled its offerings, raising the monthly fee for any subscriber that wanted to keep both services. The company went on to lose 800,000 subscribers, but still maintains a subscriber base of 23.8 million.

A study in May by Sandvine, a network equipment vendor, showed that Netflix streaming accounts for a fifth of all Internet traffic in North America. During peak usage times, it rises to a third. YouTube videos, meanwhile, make up 8 percent.

If Netflix is the biggest player in online video, how much could they potentially make if they started selling advertising? It's hard to know how many streams Netflix serves a month, but Nielsen reported an excess of 220 million streams in January. If Netlfix serves one ad per stream at a conservative $25 CPM, that 's an additional $66 million in revenue right off the bat.

YouTube makes an estimated $1 billion in revenue annually, according to The New York Times, largely from display ads.

Netflix's options for ad strategy are limitless as well. The company can begin by adopting Hulu's model, streaming unlimited content to users who choose to view video pre-roll ads. With a larger premium content library than Hulu and YouTube, Netflix would steal eyeballs and ad dollars from both parties very quickly.

Or it could simply run a few pre-roll ads and incorporate sponsorships while still charging customers, as is the case on cable TV.

An ad-supported Netflix also instantly creates a three-screen buying model that helps advertisers reach viewers on PC, mobile, and connected TV. Video ad networks have been trying to get advertisers to make one buy across all three screens, but the appeal isn't there.

Still, Netflix anticipates several more TVs and devices will have a Netflix button on their remote controls starting in Q4, opening the door for more connected-TV viewers. Netflix's consumer viewing histories and subscription data make it very appealing for an advertiser like Ford to buy one targeted pre-roll campaign that runs online, on mobile, and on connected TV.

Consumers already watch Netflix on all three of those screens, so any advertiser who buys this hypothetical Netflix advertising would instantly reach all those consumers, no matter which device they watch on.

What brand isn't going to buy a 30- or 60-second spot on Netflix? If YouTube can make $1 billion, imagine how much Netflix can make selling pre-roll or sponsorships.

Netflix is already moving aggressively to improve its streaming content, paying more to have television shows and movies when they are fresh, as well as building out its library of classics with titles like the James Bond series. New content is an advertising opportunity unto itself: The James Bond collection, presented by Tanqueray.

Could Netflix eat Hulu's lunch and kill off other "premium" streaming sites? Very likely, and possibly it could nibble into iTunes as well, at least for customers who buy because they want a specific show and don't care if they download or stream it.

Netflix's understanding of what those customers like will let them sell advertising by audience, program, genre, geography, viewing history, credit card information – the possibilities are many.

A loss of subscribers and sinking stock price isn't going to kill the company's momentum when it comes to acquiring content and expanding its streaming business. Like the 800-pound gorilla, Netflix can basically do what it wants in online video. 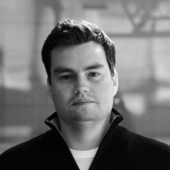