Nuber: The End of Uber and Central Authority 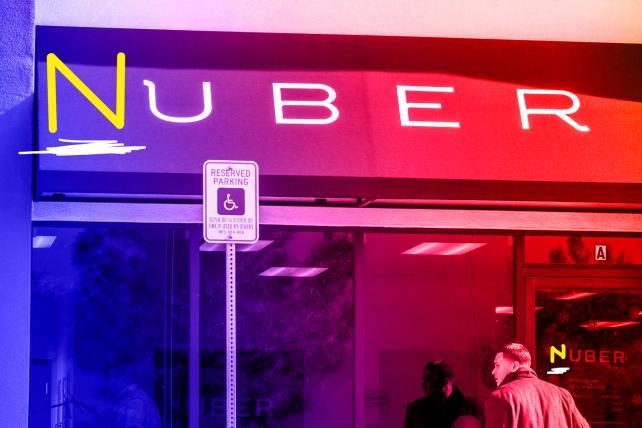 A recent study found that "drivers were finding ways to trick the algorithms that Uber uses to control them to cancel fares they didn't want and to avoid the unpopular UberPOOL." The same study found that drivers "also organise mass 'switch-offs' so the lack of drivers in a certain area causes surge pricing."

This should surprise no one. Many Uber drivers feel (rightly or wrongly) that they are underpaid, overworked, and generally treated unfairly. The drivers have tried to unionize, they ad hoc collectively bargain, and they have vigorously campaigned on social media to protest their work conditions.

A central authority
At a macro level, they are not unhappy with Uber; they are unhappy being subservient to a central authority. This is not a new story. History is replete with tales of the oppressed proletariat rising up against their aristocratic overlords. Revolts of this type have not, historically speaking, ended well for the noble-born.

As I have previously written,

The entire internet is highly centralized. Data are routed through trusted servers on trusted networks. You trust Google with your Gmail. You trust Facebook with your friends. You trust your online banker with your money. You trust your credit card and shopping data to Amazon. You trust Verizon when you access its network. To do business online today is to trust central entities with everything about you and your actions.

What if there was no central authority?
Here's an idea … I'll call it "Nuber." You can think of it as a technology that offers all the value Uber offers, but the drivers get all the money. Here's how it would work.

At Nuber, a licensed ride-sharing service driver (an individual with a local business license, a commercial driver's license, and the required insurance) could be summoned through a meta-ride-sharing app and paid directly with no central authority such as Uber, Lyft, or Didi Chuxing. There would be no middleman, just you and a licensed, customer-reviewed driver. Nuber would work exactly like Uber, but all the value captured by Uber would be recaptured by the drivers. Great for the drivers, not so great for the central authority, Uber.

Now, apply this idea (a trusted decentralized network) to every type of on-demand business. In this new sharing economy, chatbots or meta-apps or a simple search would yield a list of accurately reviewed (only by customers who had purchased the goods or services as verified by the underlying technology) vendors in merit order.

Now, imagine if you had software on your smartphone that would do some quick math (optimal stopping or multi-armed bandit calculations) to determine which offer was best for you at the moment you were in the market. How different would the sharing economy be if everything you wanted to share was offered in a giant real-time auction with no middleman, no central authority, just a free market based on supply and demand?

Blockchain
The technology that will empower trusted decentralized marketplaces is here. It's called blockchain, and this may be the year that it breaks free from the shackles of super-hype.

What is blockchain?
Often referred to as a "distributed ledger," blockchain is a continuously growing list (digital file) of encrypted transactions (called "blocks") that are distributed (copied) to a peer-to-peer (P2P) network of computers. Encrypted transactions are the key to blockchain's value. The user's "public key" is stored in the block and becomes an "address" on the blockchain. Files, such as cryptocurrencies or other digital assets, are recorded as belonging to a specific block. A corresponding "private key" is required to access the associated digital assets. (Keeping your private key private is so important that to protect their digital assets from hackers, many people do not keep digital copies of their private keys. They write the number on a piece of paper and keep the paper in a secure location, like a wall safe.)

When will Nuber exist?
Blockchain is about to transition from a potentially valuable technology to a revenue-generating technology. This will occur as the hundreds of startups working with blockchain and smart contracts (contracts that digitally report whether or not their conditions have been met) start to bring their solutions to market this year.

The only things standing in the way of the new Nuber are a few motivated individuals, a GitHub account, and enough chocolate-covered coffee beans to keep the teams awake while they work on it. Which is the whole point. There's basically nothing standing in the way of this new approach to economic equality. Is this really the end of Uber? Probably not. Nuber is just an idea (and a trademark infringement lawsuit waiting to happen). But it will be exciting to see how trusted, decentralized network technologies change the world.