Why the Olympics Aren't Winning Gold With Social Media Coverage

IOC Needs to Loosen Its Tight Grip on Sharing Social Videos
READ THIS NEXT
You Can't Stop Instagram Bots by Looking. Brands Have to Stop Buying Them

Based on my personal experience trying to follow and watch Team USA while traveling through Copenhagen, I've been disappointed with the tight grip the International Olympic Committee (IOC) has placed on sharing live and semi-live Olympic video content on social media.

I understand and fully respect the value and revenue attached to broadcast and sponsor rights protection, but we're now living in a digital era where consumers expect their social media feeds to be flooded with live and semi-live video clips and highlights showcasing and celebrating real-time moments, events and performances.

On Sunday, I eagerly searched Michael Phelps on Facebook to find any video of his monumental 19th gold medal race. Unfortunately, the top results included a documentary on Michael from several years prior, along with an opportunistic Eastern medicine doctor talking about the benefits of cupping, the therapy leaving circular bruises all over Michael's body, which have been seen during his races.

In this era of abundant social video, all I could find on Facebook -- the largest media channel in the world -- were a host of the same stock photos and links to verbose glowing articles describing Michael Phelps' amazing performance the night before. I tried loading the footage on apps and websites, but unfortunately, as I'm traveling in Copenhagen, I was "geo-restricted" from watching. What's even more frustrating is that I set the notifications on my NBC Sports Olympics app, so I know the moment an American athlete is competing live, or has won a medal, but I can't experience or relive any of it.

When searching online for Michael's race, I came upon an article in The New York Times that was well written and summarized the milestone, but did not contain videos. The reporters tried to make the best of what they had -- listed the team's splits and worked in tandem with photographers to provide images of each swimmer in every leg of the race. Despite the amazingly descriptive reporting, one quote couldn't help but reinforce the inherent issues with the IOC's restrictions:

"[Phelps] took the lead from his French counterpart Fabien Gilot after a turn that Bowman described as 'probably the best turn that might have ever been done.'"

This one sentence undeniably summarizes the disconnect of the viewing experience. Michael Phelps essentially won his 19th gold medal on one flip turn, "the best turn that might have ever been done," and as a viewer in Copenhagen, I wasn't able to celebrate that moment because the IOC's strict social media rules prohibit outside brands from posting videos showing it.

Kudos to NBC Sports and its partners for uploading a short highlight clip of that same 4x100 race hours later -- unfortunately, not being able to view a historic race that literally brought members of that team to tears immediately afterward takes out all the visceral emotion. By then I had read about Michael's performance at length on numerous websites. Like reading a book before seeing the movie, this dulls the emotional possibilities of the experience.

All Olympic social media roads lead consumers to either live stream on their respective platforms, or turn on a TV to watch the Games unfold before their eyes. It wasn't too long ago that families would huddle around the TV every night and watch three hours of glorious Olympic coverage for a month -- but we no longer live in an era where content is consumed in this way. With multiple devices going at once, amazing on-demand programming available at your fingertips, and social video essentially serving as live broadcast coverage for millennials, the idea of sitting down at your TV to watch hours of sports coverage has become antiquated.

Contrast the IOC's restrictions on digital media with the 2016 election coverage that features a wealth of real-time customized social video content around Hillary Clinton and Donald Trump. This relentless and diverse social video coverage is driving interest and passion among politicians, members of the media, and the general public alike. This social media driving force is what ultimately compels people to turn on their TVs and watch big election moments unfold in real time. In this sense, social media serves as an ongoing movie trailer that never stops driving tune-in.

As someone who works in digital strategy, I certainly understand restrictions, limitations and rights issues. That being said, as someone who passionately wants to watch and support Team USA, I wish the IOC would rethink its extreme grip on all social media rules and regulations. Video content now lives equally across many channels in many different forms, with no format being viewed as more superior than another in the eyes of the viewer. Whether that video is a three-minute Snapchat story or a 30-minute Olympics broadcast, it's all just real-time video content.

I sincerely hope that things start to evolve for the PyeongChang 2018 Winter Olympic Games. I'm desperate to be reconnected to the passion and emotion I feel for Team USA, and I would love to get caught up in the moment by seeing my social media flooded with amazing live highlight performances of Team USA kicking some butt in South Korea.

Enough of those moments and who knows … maybe my family would come together to watch three hours of live Olympics coverage every night, although it would probably have to be over Google Hangout. 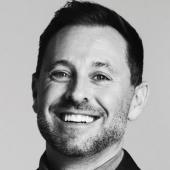 Craig Howe
Craig Howe is founder and CEO of Rebel Ventures, a sports digital strategy and tech venture firm.
Follow View all articles by this author